Wimbledon officials will hold an emergency meeting next week to decide whether the All England Championships will go ahead as planned this summer.

There is mounting pressure on organisers to make a decision on the tournament and bosses have ruled out playing the tournament, which is due to start on June 29, behind closed doors.

Wimbledon chief executive Richard Lewis said: “We are working hard to bring certainty to our plans for 2020 and have convened an emergency meeting of the AELTC main board for next week, at which a decision will be made. 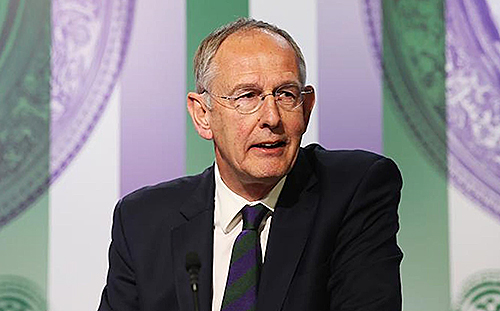 “We are working hard to bring certainty to our plans for 2020 and have convened an emergency meeting of the AELTC main board for next week, at which a decision will be made.”

Wimbledon officials will consult the LTA, ATP, WTA, ITF – the respective governing bodies of British, men’s, women’s and international tennis – as well as all three other grand slam organisers before making a final decision.

“The build for The Championships is due to begin at the end of April,” the AELTC club said in a statement.

“At this time, based on the advice we have received from the public health authorities, the very short window available to us to stage The Championships due to the nature of our surface suggests that postponement is not without significant risk and difficulty.

“The unprecedented challenge presented by the COVID-19 crisis continues to affect our way of life in ways that we could not have imagined,” Lewis said.

“And our thoughts are with all those affected in the UK and around the world.”