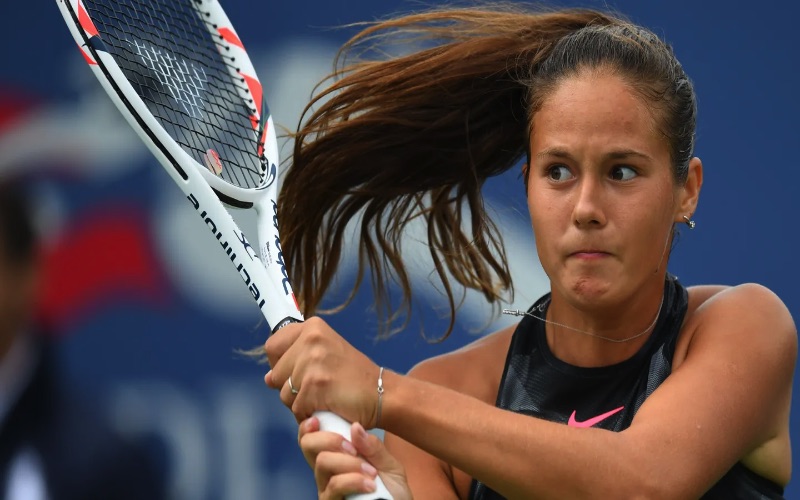 Daria Kasatkina scored the first victory by any player of the new WTA season on Wednesday, reaching the second round in Abu Dhabi and said she will not be fussed by two weeks of pre-Australian Open quarantine.

When she heads to Melbourne in little more than a week for the mandatory 14 days in a hotel room due to COVID restrictions, Kasatkina will find plenty of ways to keep entertained.

Players will be allowed out for only five hours per day at the tournament site of Melbourne Park for training, physiotherapy and meals.

Kasatkina said she will be perfectly content: “The protocols can be difficult, but I don’t have a big problem with that.

“I’m OK sitting for a long time in my room, watching what I wish.

“Even before, I was not a big fan of walking around a city or visiting things – I was always too tired and wanted to stay in my room.”

But the Russian does have one nagging concern – waiting around for virus test results.

“That normally takes 24 hours, You feel a bit nervous, you never know what the test will bring to you. Otherwise, I deal with isolation easily.”

The Russian said she managed her first outing of the season well in the concluding set after a long off-season due to a lack of meaningful tournament activity for women in the autumn.

Her last match of 2020 came on October 22 in the Ostrava second round.

“The first match after a long stop is never easy, but I was not that nervous,” she said. “I could feel my stomach a little bit. It was a tough three sets.

“I was feeling good and I did my best not to lose that feeling during the off-season in Barcelona.

“I was feeling fine today; this match was the first little test – and I passed it well.”