Duped or doped – what next for Simona? 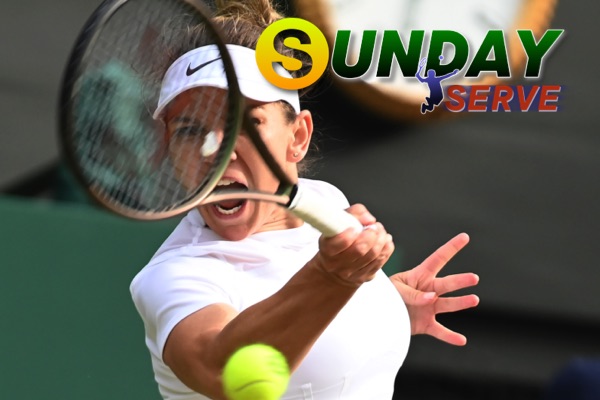 WHAT next for Simona Halep? Accused of being being a drugs cheat after the International Tennis Integrity Agency confirmed she had tested positive for roxadustat during the US Open in late August.

Halep has vowed to “fight until the end” to prove she never knowingly took a banned substance, but she cannot now even attend any sanctioned events, let alone compete in them.

The 2019 Wimbledon champion was shocked to learn of the result and requested her B sample be analysed, which confirmed the initial findings.

But how does a world class athlete – a seasoned professional who has played the circuit for many years and knows the rules – get duped? If that is what has happened.

Roxadustat is a drug that stimulates the production of red blood cells and is used to treat anaemia and kidney problems – and is legal in the EU for medical purposes.

“Today begins the hardest match of my life: a fight for the truth,” Halep wrote on Twitter.

“I have been notified that I have tested positive for a substance called roxadustat in an extremely low quantity, which came as the biggest shock of my life.

“Throughout my whole career, the idea of cheating never even crossed my mind once, as it is totally against all the values I have been educated with. Facing such an unfair situation, I feel completely confused and betrayed.

“I will fight until the end to prove that I never knowingly took any prohibited substance and I have faith that sooner or later, the truth will come out.”

The ITIA said it had told her on October 7 that she was being provisionally suspended.

It said Halep had exercised her right to have her ‘B’ sample analysed, which confirmed the presence of roxadustat.

Under the World Anti-Doping Code, Halep faces a ban of up to four years for a positive test.

Tennis authorities will now hear Halep’s appeal, although any ruling can be challenged by the World Anti-Doping Agency to the Court of Arbitration for Sport.

She tested positive in 2016 at the Australian Open for Meldonium – a drug used to treat a lack of blood flow to parts of the body.

The Russian was initially banned for two years before it was reduced to 15 months.

NOT only does Novak Djokovic serve up one of the best on court serves in tennis he is now serving up his first wines, from his vineyard, located in the Sumadija region of Serbia.

Djokovic’s uncle Goran Djokovic acts as the director of the winery.

“There are many challenges, but we try to achieve the maximum in this business, as in everything,” he said.

“Not even Novak’s every hit with the racket is perfect, but he is still the best in the world.”

GEORGIAN tennis star Nikoloz Basilashvili has been found not guilty on a series of domestic violence charges by a court ion Tbilisi.

Basilashvili faced charges of physical, psychological, and economic abuse, in which his ex-wife, Nelli Dorokashvili, was the plaintiff.

Dorokashvili had accused Basilashvili of hitting her with a bag of tennis balls.

BORIS Becker is teaching inmates yoga and has lost about 10 kg in weight since being sent to prison for bankruptcy fraud offences earlier this year.

According to his lawyer Oliver Moses, Becker, 54, is “doing well given the circumstances”.

Becker is serving his sentence at the low-security HMP Huntercombe in Oxfordshire, a couple of hours drive west of London, after being sentenced to five years in jail in April.

And he’s apparently popular with inmates, works out in the gym and is teaching yoga.

A source told a London newspaper last week Becker works as an assistant to the prison fitness coach.

The role is believed to be an incentive within the UK prison system that could help reduce his sentence.

Becker could be released early next year, but the German could then face deportation as soon as he walks free, the Home Office confirmed earlier this year.

DONNA Vekic suffered the fright of her life last week as she flew into Mexico for the Guadalajara Open – with a mid-air door malfunction forcing the helicopter she was travelling in to land abruptly.

“It was actually my fault,” Vekic admitted afterwards. “Because when we were sitting at the beginning, it was so hot, so I opened the door a little bit to have some air. I guess I didn’t close it properly.

“Ten minutes into the flight, the door opened. I was freaking out. The guys were freaking out in the back because I was sitting in the front. The pilot was like, ‘No pasa nada. No pasa nada.'”

Vekic grabbed the door and the helicopter landed safely.

AMAZON Prime is to walk away from tennis coverage when its broadcasting deal ends next year.

The global streaming service has become popular in the UK with its tennis coverage, including Emma Raducanu’s US Open victory last year.

But not for much longer, as the London Times reported that bosses will not renew the platform’s deal with the ATP and WTA when their current five-year deal ends.

The move is believed to be down to the spiralling costs of soccer’s Premier League coverage.

UK Sky Sports is also believed to have picked up the rights for next year’s US Open.

SO Dan Evans says he will consider walking away from Great Britain’s Davis Cup team after not being picked to play doubles.

Evans has been part of the Davis Cup team since 2009 and has played 30 singles matches.

But the 32-year-old might quit the team because he thinks he can contribute in the doubles as well – but has never been considered.

“It’s f***ing annoying. It’s disappointing. To be frank, it’s a bit insulting also that I haven’t been picked ever to play the Davis Cup (doubles),” Evans said last week.

“This is meant in the nicest possible way to the doubles guys, there’s nothing against them – but I don’t need to play doubles on the tour to prove how good I am at doubles. When I do, I normally do okay.

“I think we need to look past doubles rankings for a Davis Cup tie and if a game style fits or a game style doesn’t then maybe we should be picking other people.”

Evans is a colourful character, banned from playing due to testing positive for cocaine in April 2017.

He’s a plain speaker, from the working class suburb of Hall Green in Birmingham, the UK’s second city.

But has anyone actually had a quiet word with Dan and told him there are other other ‘better’ options for doubles?

This year’s edition of the event is set to take place between December 16-18.

So adorable!!!
An 80 year-old fan has knitted baby booties for Rafa’s baby boy!

Here’s the social media pot of the week…

“@RafaelNadal, today my friend Nela and I send you this little gift for your baby.

“At 80 years old, she has had the patience to weave the booties that I later embroidered with your logo. She would be delighted if you answer her!! Your matches are not lost!”