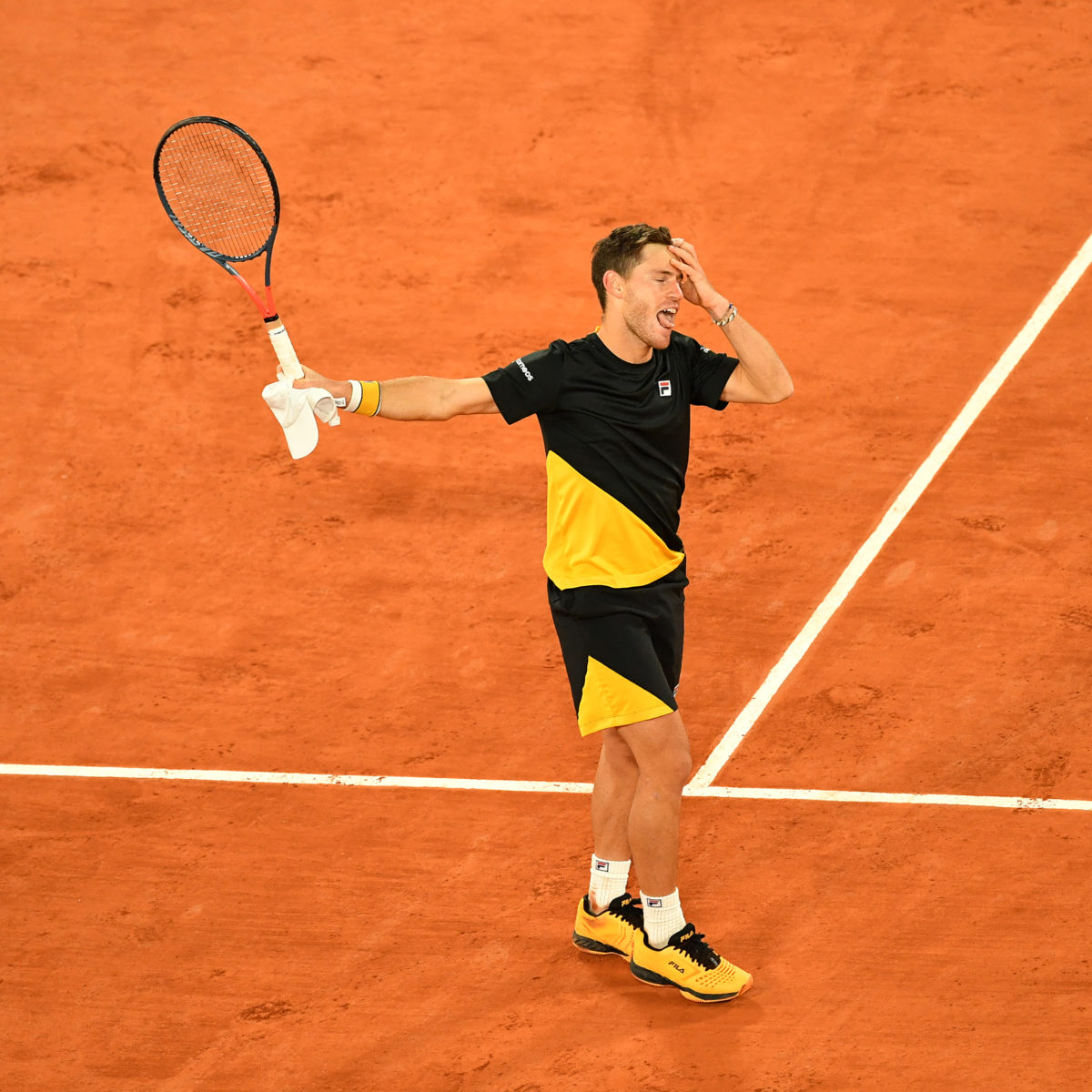 The Argentine winner, who is into his first Grand Slam semi-final after the  massive effort, prevented the Austrian from reaching the last four at Roland Garros for a fifth consecutive year.

Schwartzman came good as he played – and finally won – his third five-setter in Paris; he had lost his last three quarter-finals at the majors but hung around to match Thiem in their marathon struggle.

He becomes the 10th Argentine man to reach the semis at a Grand Slam in the Open era. He also joins countrywoman qualifier Nadia Podoroska who reached the semi-finals earlier here.

Schwartzman was full; of emotion after his success:  “Domi is one of the best players in the world right now, he won the last Grand Slam (US Open) and is twice a finalist here.

“We are good friends, I have a lot of respect for him.”

The pair took two hours to play two sets, with the Austrian keeping up his energy levels after a 15-minute ninth game in the second set, and levelling the match at a set each a game later.

In a long third set punctuated by three immediate break-backs, Thiem trailed 3-5 but got to 5-all as he saved a set point as the three-hour mark passed.

But another pair of breaks sent the set into a tiebreaker as the slow-moving struggle dragged on in 14 Celsius temperatures with some wind gusts reaching 36 kph.

Thiem spun off five straight points in the decider but had to hang on to finally win the set on a third opportunity to lead two sets to one.

Rome finalist Schwartzman broke in the fifth game; Thiem stayed in touch 4-5 with an ace.

Schwartzman earned three set points in the next game only to have his opponent save all of them before the South American hit the net with a frustrated forehand, 5-5.

Thiem held for 6-5, saving a break point along the way; Schwartzman, naturally,  brought on a tiebreak as the four-and-a-half-hour mark ticked over. A Thiem backhand wide assured a fifth set with two more matches still to play on the Chatrier showcourt.

Schwartzman broke Thiem twice in the fifth set to earn the win of his career.