Dreamteam Murray and Lendl to reunite 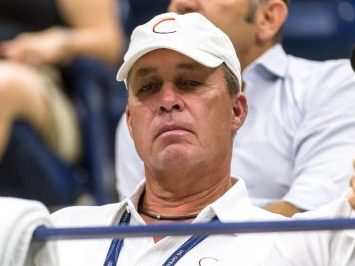 Andy Murray has been searching for a coach since his split with Jamie Delgado at the end of 2021, he found and hired Jan De Witt, but after a second round exit from the Australian Open, he fired his coach and began searching once more. A brief period of informal coaching from Dani Vallverdu.

Murray has now hired his most successful coach partnering in Ivan Lendl, who oversaw some of his best years. The former eight time slam winner guided Murray twice before, first from 2011 to 2014 when Murray made five grand slam finals, won the US Open in 2012 and Wimbledon in 2013, as well as Olympic gold in London and three masters 1000s.

Their second stint was from 2016 to 2017, when Murray made three grand slam finals, won Wimbledon again, won the ATP Finals, Olympic gold again, and another three masters 1000s, he also finished the year as world number one in 2016.

Murray has recently returned to the top 100 players, since his devastating hip injury in 2017, and seems to have recaptured some of his prowess, but is struggling with second round matches.

Every time Murray has hired Lendl, he has won Wimbledon, and the Scot is motivated for a great grass court season, though he will be missing the clay court swing this year. Is a third Wimbledon title on the cards for the 34 year old?

Murray was recently awarded a wildcard into Indian Wells, where he is a former finalist.