Dream draw for Federer and Nadal as Konta makes semis 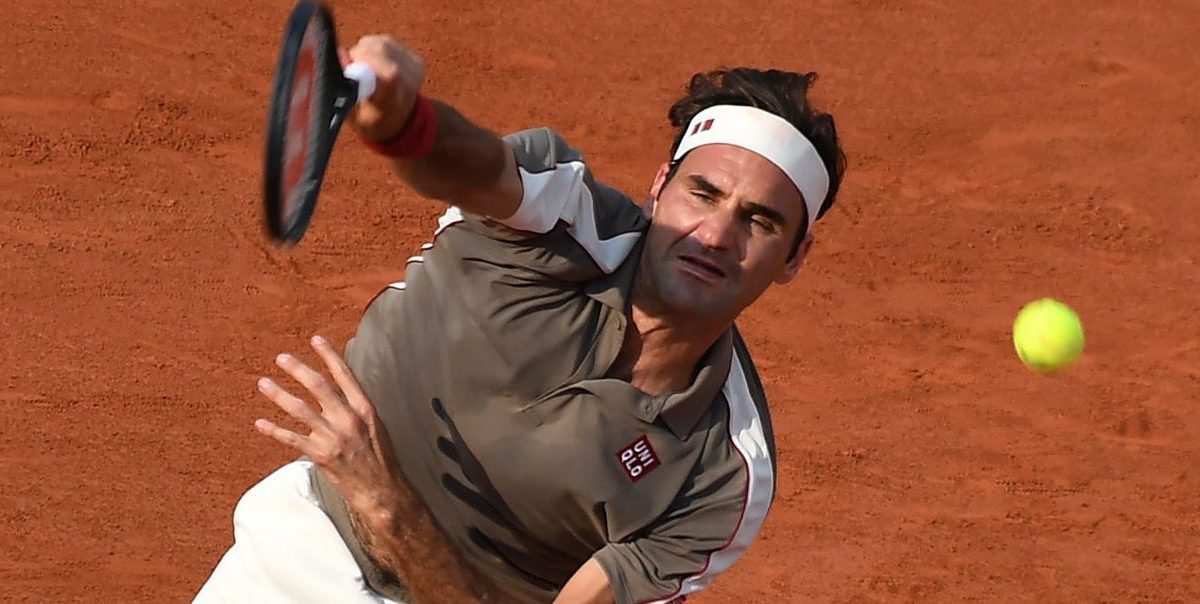 Roger Federer and Rafael Nadal set up a dream semi-final at the French Open as both shook off 75-minute rain interruptions to finish off victories on Tuesday.

The longtime rivals will face off for the 39th time, with 11-time Roland Garros champion Nadal leading the series with the 20-time Grand Slam champion Swiss 23.15.

Federer, who won his only title here in 2009, needed two match points to advance out of the quarter-final as he completed the win over his compatriot.

Wawrinka had played the match of the tournament in the previous round – and longest contest of this edition – as he beat Stefanos Tsitsipas after more than five hours.

Wawrinka came into the Federer match with more than 12 and a half hours of tennis in his legs, while Federer had spent just over seven cumulative hours on court.

“I needed all of my weapons in this match Stan is powerful and moves so well on clay – that is his strength.”

Federer won his 23rd match against Wawrinka against just three defeats – including here in 20-15 as the second Swiss sprinted to the title.

That straight sets victory for Wawrinka was, in fact, Federer’s last defeat at Roland Garros.

Holder Rafael Nadal showed no mercy to Nishikori, who was treated by the trainer in the third set on his problem right shoulder.

Nadal remains firmly on course in his quest for a record 12th trophy here, advancing to the final four after losing just one set so far.

He has now defeated top Asian Nishikori 11 times while losing just twice in the rivalry on hardcourt.

“For me, the main thing is being in the semi-final,” Nadal said. “I’ve been playing well, very solid … winning good matches against tough opponents like today – I’m happy with that.

“But playing Roger in the semis is an extra thing. We’ve shared the most important moments of our careers together on court facing each other.

“Another episode of this, I’m happy for that and excited. It will be a special moment. Let’s try to be ready for it.”

Nishikori admitted he was tapped out when he took to the court against the king of clay.

“I’ve played too many hours on the court this week, last week.

“Rafa didn’t let me play how I wanted to, especially since I was not fresh, it’s not easy to stay with him.

“On clay it’s very tough playing Rafa. He hits very heavy, and he was serving well.

“He made me play every point. Even to get one game, Credit to him, playing great tennis this week.”

Johanna Konta wrote a new page in British women’s clay history with a place in the semi-finals of the French Open.

The 26th-ranked Konta becomes the first British woman since Jo Durie in 1983 to reach the final four stage on the Roland Garros clay.

“It’s definitely one of my best performances,” Konta said. “I definitely thought I played well behind my serve more than anything, and kept a good variety.

“I think made it also difficult for Sloane to find her rhythm in those games. Overall, I just played a good match.”

Konta stands a rock-solid 3-0 over the seventh-ranked Stephens, with all of her victories coming this season, in Brisbane, Rome and now Paris.

Victory marked the 25th win for Konta in 2019. She will contest her third Grand Slam semi after Australia 2016 and Wimbledon a year later.

“For sure there’s got to be some benefit from being in this position before.

“But more than anything is also the different positions that I have been in so far this year.

“There were some tough situations during Fed Cup, as well as a lot of matches I played where I was down.

“I’ve definitely had a lot of good experiences that can only help me in situations like these.”

Stephens said she was simply outplayed. “Obviously she played well. She was serving really well.

“There’s not much you can do when someone is playing like that. It just wasn’t meant to be. I didn’t get a chance to really get into the match.

“She executed a good game plan, and that was that.” Konta will play for her first Grand Slam semi final tomorrow, facing Czech teenager Marketa Vondrouska who defeated Petra Martic 7-6(1), 7-5 after the Croatian saved three match points.