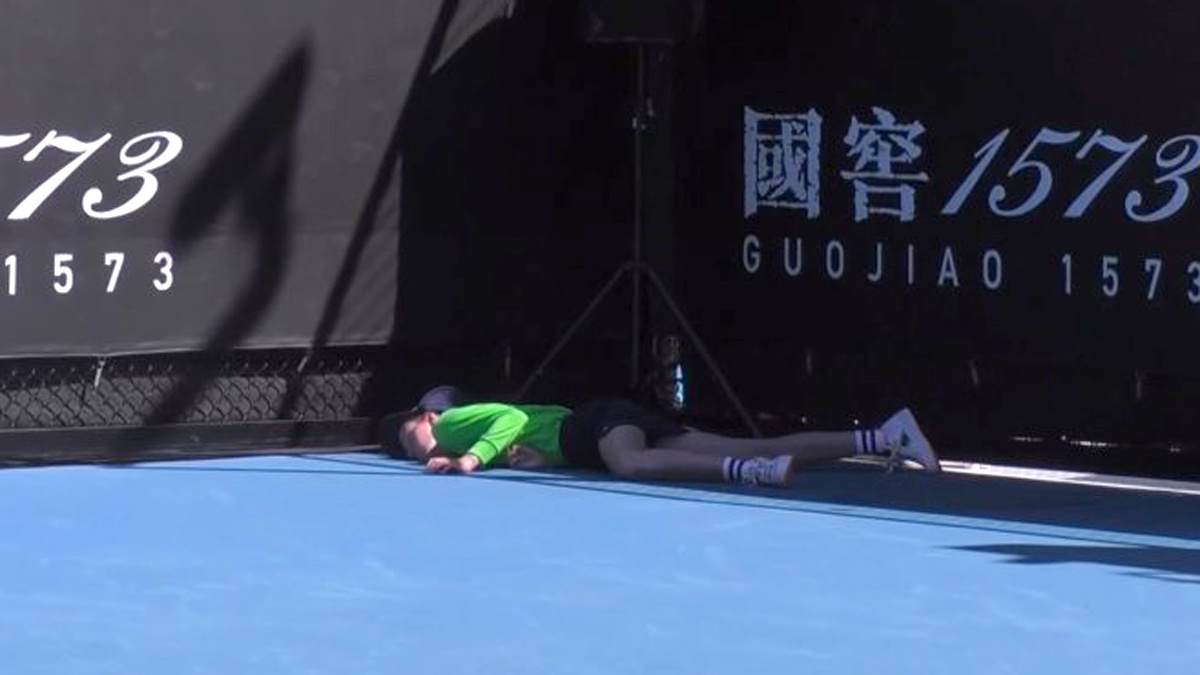 There was drama on court at the Australian Open today when a ball kid collapsed.

The incident occurred in the opening hour of a men’s singles match between Lloyd Harris and Mikael Torpegaard on Court 16.

Torpegaard was ahead 4-2 when the youngster behind him collapsed.

Harris jogged over from the opposite side of the court and staff rushed to help the youngster.

The girl was taken away for medical attention.

Tennis Australia said later the girl had been sent home to rest before returning to Australian Open courts later this week.

“A ball kid was unwell during the first match on Court 16 today,” a spokesperson told Australia’s Seven News.

“She was immediately attended to by the medical team and will rest at home as a precautionary measure.

“She will return to her ball kid duties later this week.”