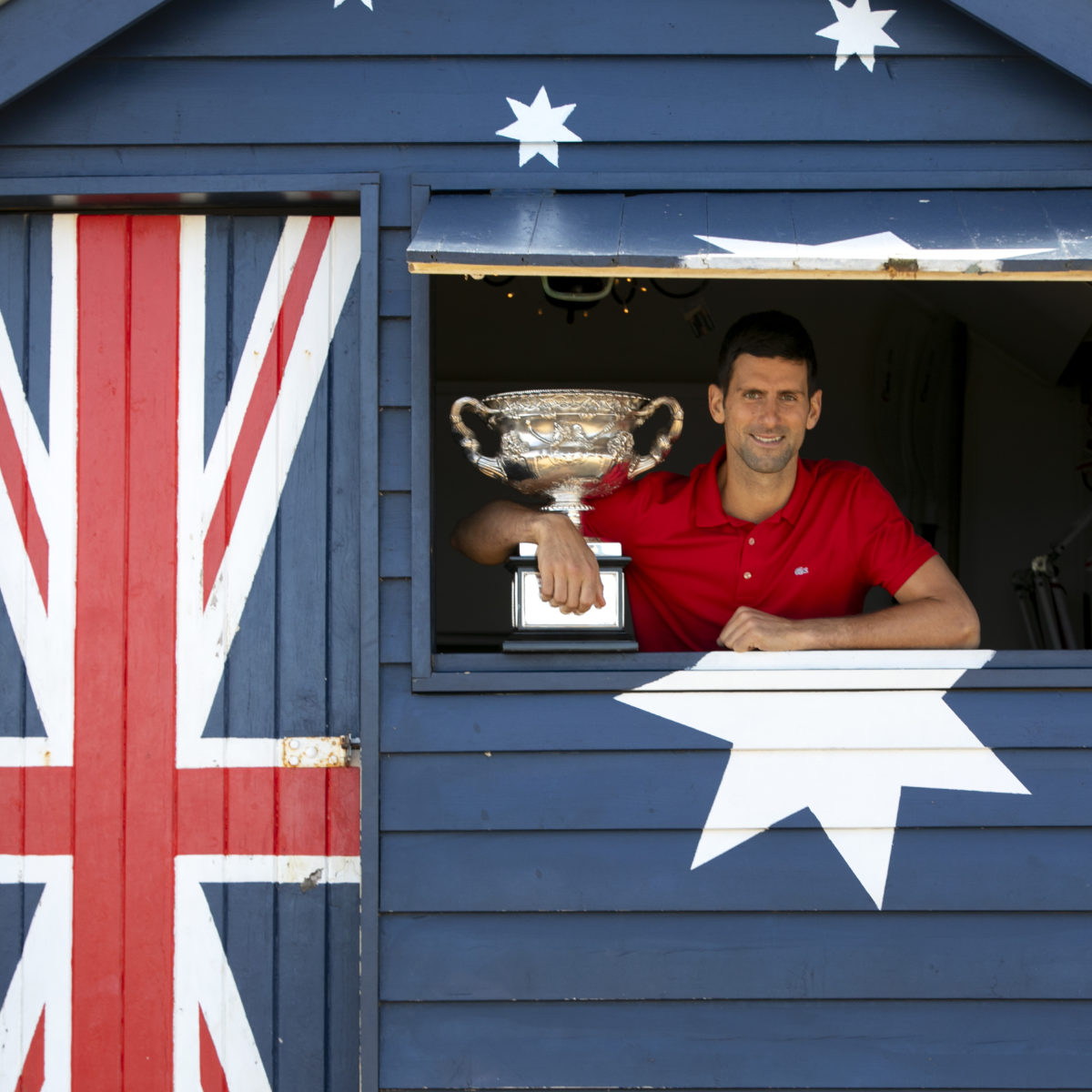 Novak Djokovic will kick back in the foreseeable future at home in Monte Carlo to give his 2.5-cm abdominal muscle tear its proper healing time.

The nine-time Australian Open champion outlined his recovery plan after playing through the problem on the way to Sunday’s trophy win against Daniil Medvedev.

The 33-year-old revealed on Monday during his post-victory photoshoot at a Melbourne beach that the tear started out at much smaller when he first felt it 10 days ago in a third-round win over Taylor Fritz.

“I’ll  never forget this tournament because of the resilience that I have shown and the ability to manage a very complicated situation due to the injury,” the world No. 1 said.

“I’ve been able to accept the new circumstances in which I had to compete, I knew how to constantly find solutions, so I learned a great lesson from this event.”

Djokovic, with 18 Grand Slam titles and trailing Federer and Rafael Nadal by two, explained the dirty details of his recent regime which consisted exclusively of rehab and rest with minimal practice.

“The injury has worsened, doctors told me that it is not something excessively serious, but I will have to take some time off to recover well.

“I had an MRI scan a few hours ago and the fibrillar tear is 2.5 centimetres. The day against Fritz I had another MRI and it was found that the tear was 1.7 cm.”

Djokovic said that doubts over the seriousness of his injury were an unpleasant reality.

“There are people who doubt me and that of course hurts. Obviously, it is impossible for everyone to think the same,

“You cannot please everyone, I will receive criticism whatever I do and whatever I say.

“I’m human but I’ve learned how to manage frustration very well. As much as I do not like being judged and criticised without knowing. In the end, everyone has the right to have an opinion.”

The Serb said his emphasis upon his return to competition will be on the big events as he tries to close the all-time trophy gap on his major rivals .