Down Under details: All you need to know about the 2021 Australia Open 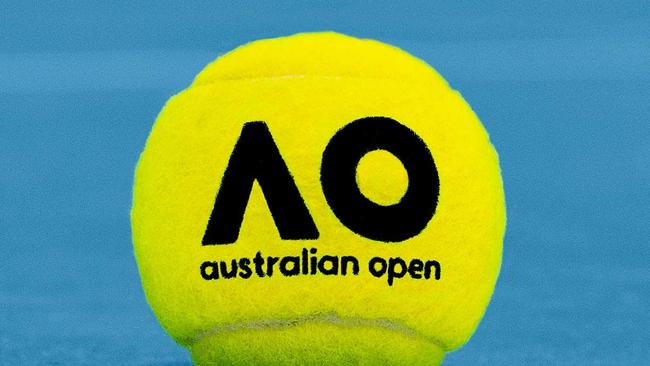 Will it, won’t it … Yes, No, Maybe. That has been the narrative surrounding the 2021 Australian Open since November as Tennis Australia officials battled with both Federal and State government agencies in Australia to find a way through strict COVID-19 quarantine rules the country has put on place to protect its citizens from the global pandemic.

As a country, those rules have largely worked, but finding a way to allow the world’s best tennis players to enter and then compete in Melbourne in early 2021 has been far from easy.

Melbourne, and the State of Victoria had been in a strict lockdown with a nightly curfew for many weeks, but with that effort now seeing the city return to some semblance of normality, plans are in place for Melbourne 2021, albeit a little later than normal.

So when will the first Open of the year begin?

The tournament had originally been set for a January 18 start.

Do players, officials and support staff need to quarantine?

Yes. Anyone coming from overseas for the Open will go into a mandatory 14-day quarantine when they arrive in Melbourne.

Most are expected to arrive in Melbourne on or around January 15.

The Victorian Government requires regular testing of all players and support staff.

All participants from overseas will be tested for COVID-19 before they depart for Australia.

They will then be tested at least five times while in quarantine.

Upon arrival in Australia – on special charter flights organised by Tennis Australia and sanctioned by the Australian government, players, staff and officials will transported by police to secure hotel sites in the city, where they will tested again.

Training will be allowed daily for up to five hours a day, under strict health official protocols at Melbourne Park.

Players and their support staff cannot stay outside the hotel bubbles, no private house rentals, as some stars often use.

“They will be transported from the hotel, which is the only assigned hotel for players and will be brought to the courts for no more than five hours a day and for 14 days they’ll be able to do that,” TA chief Craig Tiley said.

Victoria’s Health Minister Martin Foley said the arrangements were fair for players and the community.

“The main consideration is the public health protection — that’s at the heart of this arrangement,” he said.

Alexander Zverev called it a ‘lottery’ if players couldn’t practice before the tournament.

“Because if we can’t even practice for 14 days and we have to go out to play the Australian Open, it’s a lottery,” he said.

“You can basically flip a coin who wins.”

But players will be allowed to train for a maximum of five hours per day at a secure facility.

Players will be supervised during training to ensure they do not mix with people outside of their bubble.

Secure transport will be provided to bus players and staff to training courts. They will not be allowed outside those courts.

There will be a limit of one specified training partner for the first week and likely 2-3 hitting partners for the second week.

Fans at the event

A 50% cap on the number of spectators allowed to attend the Open will be in place. Tickets go on sale to the general public on Wednesday.

This could be revised down if there are any outbreaks of the virus before or during the even in the Melbourne greater area.

The ATP Cup will be played in a revised and condensed format from February 1-5 in Melbourne.

Twelve countries will contest the tournament, instead of the 24 that played the inaugural edition in January of this year at a number of locations.

Qualifying events for the Open

The qualifying tournaments will take place overseas from January 10-13, with the men’s event in Doha and the women playing in Dubai.

All players will have the chance to play at least one warm up tournament before the Australian Open.

Both the women’s and men’s tours have confirmed their schedules prior to the start of the Australian Open.

The WTA Tour kicks off with a tournament in Abu Dhabi on January 5.

The WTA will stage two events concurrently at Melbourne Park from January 31 to February 7.

The men’s schedule features three warm-up events in Melbourne, including the relocated Adelaide International and the ATP Cup.

Distribution has been amended with first-round losers receiving $100,000, up 15 per cent on last year.

This has been done to incentivise players to travel across the world and manage the quarantine restrictions.