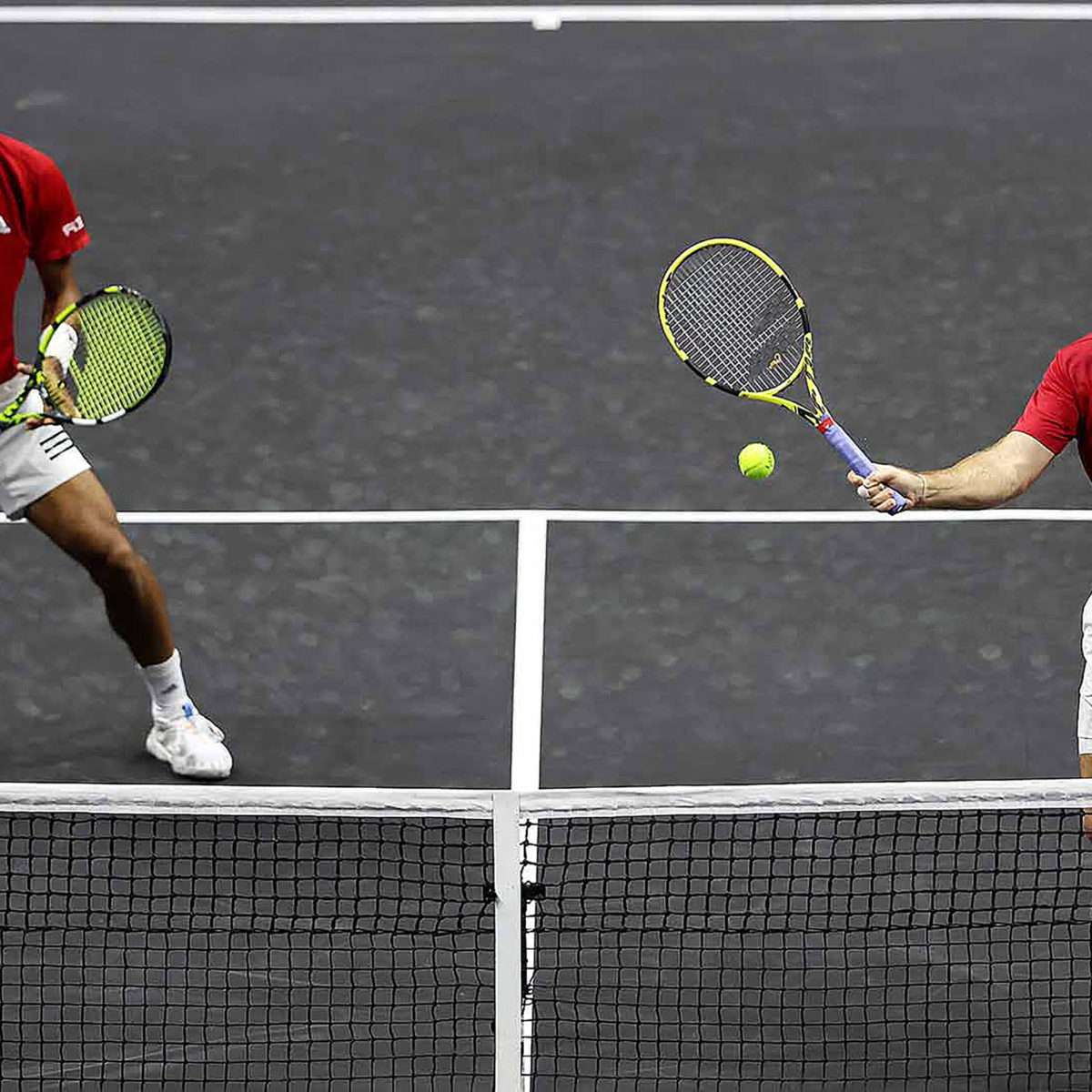 Jack Sock and Felix Auger-Aliassime pulled team World to within a point of championship favourite Europe on Sunday with a 2-6, 6-3, 10-8 comeback doubles win at the Laver Cup.

Europe’s lead was shrunk after the North American pair beat Matteo Berrettini and Andy Murray in the key rubber on the final day of the weekend competition.

Europe, led by now-retired figurehead Roger Federer and on-form Novak Djokovic hold an 8-7 lead, with each victory on the day earning three points; the first side to 13 wins the title.

Canada’s FAA served to level the sets at one apiece, getting the job done on a second chance as he and Sock came from 0-30 down.

Berrettini and Murray were unable to win the tiebreak final set, with the World squeezing out the life-saving victory despite leading 4-2.

Victory marked the first for FAA in the competition; the Canadian was due back on court in another must-win contest as he faced Djokovic in singles.

“I backed myself in doubles,” Sock said. “I’m glad I was able to contribute to the team.

“We got bombarded in the first set, but we were able to slow it down and turn the match around.

“I started finding some returns at the net; hopefully we can keep this rolling.”