Doubles player out after coach tests positive for Covid-19 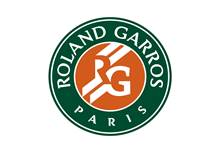 French Open organisers have confirmed a player has been excluded from the event after their coach tested positive for COVID-19.

The player has not been named but was due to play in women’s doubles this week.

“The Roland-Garros tournament organisers inform that a women’s doubles’ player was declared a “contact case”, following the COVID-19 positive test result issued for her coach,” a statement from the French Tennis Federation read.

“In line with the tournament health and safety protocol, this player’s doubles team has been withdrawn from the draw, which will commence Wednesday 30 September.”

In total, about 1900 tests have been administered at Roland Garros since September 17.