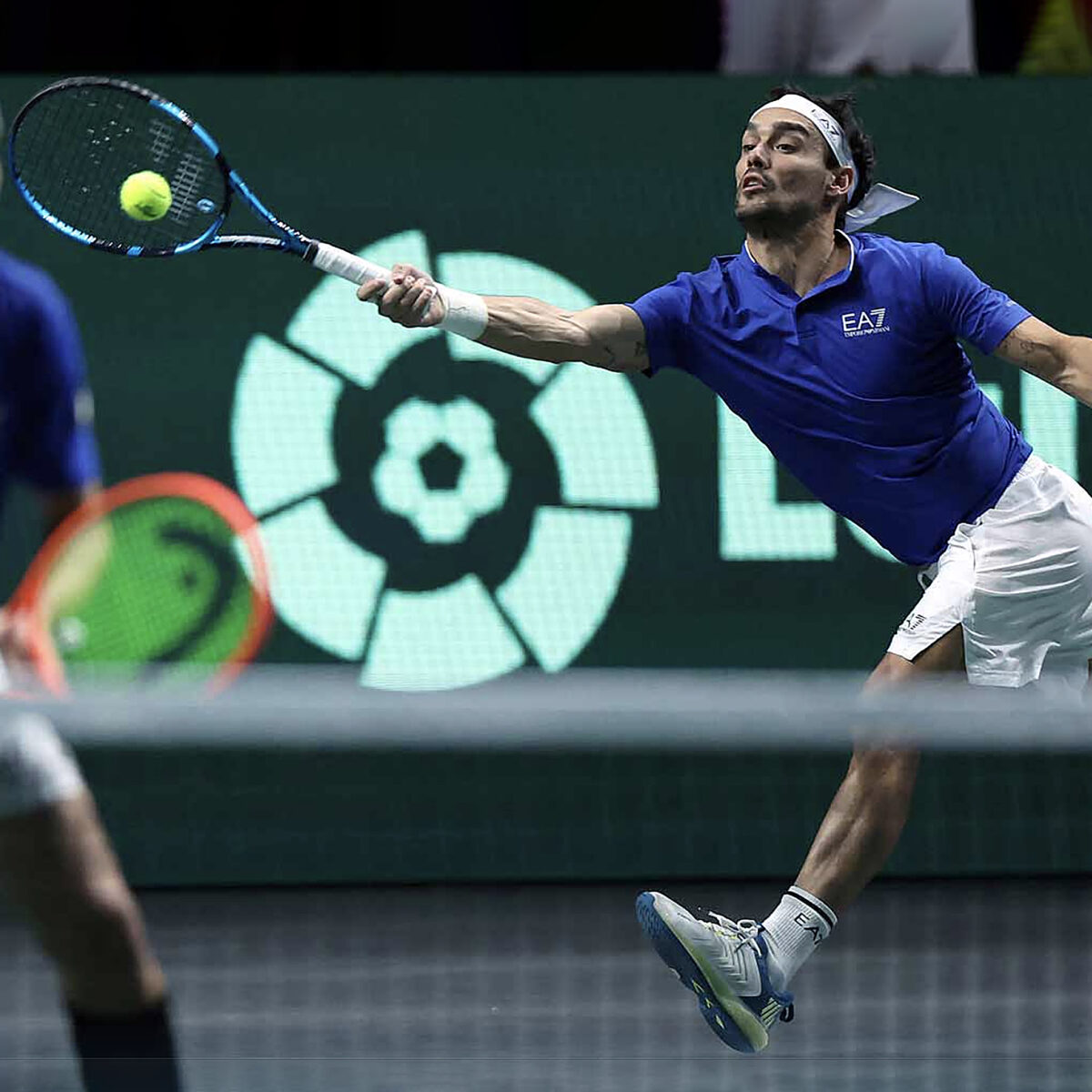 Italy’s worldly wise veteran doubles pairing clinched a semi-final spot for the nation on Thursday as the over-30 pair of Fabio Fognini and Simone Bolelli concluded a 2-1 Davis Cup victory over the US.

The teams had split the singles in Malaga with Lorenzo Sonego giving Italy the opening point 6-4, 7-6(7) over Frances Tiafoe before American Taylor Fritz defeated Lorenzo Musetti 7-6(8), 6-3 to square the afternoon.

Fognini and Bolelli put things right for Italy, winning with one break of serve in each set.

“I’m really happy, I am here with my ‘brother’ and we played really well,” Fognini said. A delighted Bolelli, whose journeyman ranking has dropped towards 1,000, added:

“I’m happy for me, for Fabio, for the team. It was really tough, but it is great to be through to the semi-finals.”

The epic win was not lost on captain Filippo Volandri, whose squad was missing major threats Matteo Berrettini and Jannik Sinner through injury.

“I’m really proud of my team, and of this crowd: it feels like we are in Italy! All the players did an unbelievable job.

Even Matteo, who couldn’t play because of injury is here, and Jannik is supporting from home. I am really lucky to have this team.

“Everyone is ready to do the job whenever I call them, and I’m really proud of all of them.

“Sonego has had a tough year but I knew he could do unbelievable things in the Davis Cup and he did.”