Novak Djokovic clocked double duty early on Monday to lead Serbia to the trophy at the first ATP Cup in Sydney with a 2-1 defeat of Spain.

In a surprise move after losing to Djokovic in the second singles rubber, an exhausted Rafael Nadal opted out of the deciding doubles rubber, with Feliciano Lopez and Pablo Carrano Busta taking to the court for Spain. 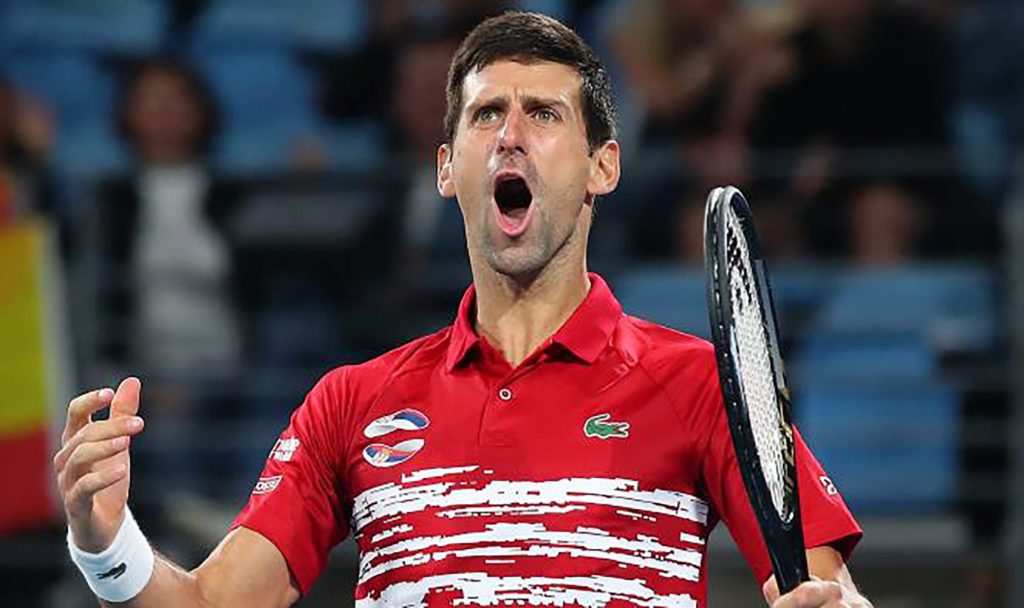 But the momentum stayed with Djokovic and Viktor Troicki, who sealed overall victory in the 10-day event with a 6-3, 6-4 doubles win.

Carreno Busta sent a return into the net to end the drama on a first Serbian match point.

Djokovic tossed his racquet into the crowd as the his team celebrated on court.

“I will remember for rest of my life, it’s one of nicest moments in my career,” 16-time Grand Slam champion Djokovic said.

“I’ve been very fortunate and blessed to have amazing career for 15 years.

“But playing for my team and country with some of my best friends – you cannot match that.

“This was a huge team effort.”

Toricki, whose early error put his side into a 3-1 deficit, was overjoyed to go through.

“It is always a great experience to play with Novak. I’ve played with him since we were nine of 10.

“This is unreal, without the team we could not have done this. We stayed strong until the end.”

Earlier, Djokovic kept Serbia in the trophy chase in dramatic fashion after Spain’s Roberto Bautista Agut set the early pace with his 7-5, 6-1, pounding of Dusan Lajovic.

Djokovic outlasted Nadal 6-2, 7-6(4) to square the match after the one-way opening result in 98-minutes in front of a loud crowd packed with what appeared to be a Serb majority.

After his two-hour singles effort, Nadal said his fitness was not enough to play in the doubles, with Spain then changing its team.

‘I have been playing a lot of tennis the last couple of days. My level of energy is a little bit lower than usual,” the world No. 1 said.

Nadal and Djokovic faced off for the 55th time, with the Serb now leading his longtime rival 29-26 after winning his 18th and 19th consecutive sets on hardcourt against Nadal (dating to the 2013 US Open final).

With Djokovic taking the opener with four straight aces, Nadal got to work in the second set and piled on the pressure in a big-hitting battle.

The Spaniard had to make a slight change in tactics, which paid off as he forced Djokovic to save five break points – the last two with aces – in a tense sixth game, 3-3.

Nadal fought off a pair of break points in the 11th game as the set wound its way to a tiebreaker, which Djokovic took to square the tie as Nadal floated a return wide.

Nadal’s last win over Djokovic on a hard court came at the US Open final seven years ago. Djokovic won their Wimbledon final last July.

Bautista Agut kept his tournament record spotless as he won his sixth without a defeat, concluding over Lajovic with an ace.

“I played a great match, Dusan is playing very well,” the winner said. “I had to play good tennis.

“I was solid, changing directions. I was playing aggressive, returning well.  It was a very complete match.”