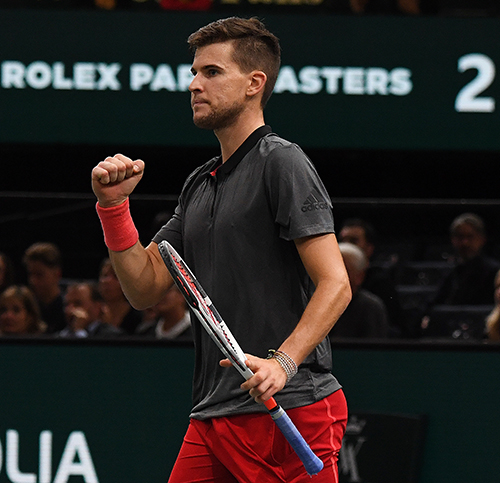 The latest COVID-19 case explosion in France on Thursday forced officials to close the Paris Bercy Masters to fans.

Federation officials made the call as the entire the country was put under a second lockdown following a period of restriction during the spring.

As a result, the last Masters event of the season will be played behind closed doors  and with bio-protocols for players.

The decision comes less than a month after the federation managed to pull off the French Open in autumn – as opposed to its usual May-June period – with the Grand Slam passing without major health incident.

At Roland Garros, crowds were limited to just 1,000 per day.

The situation at the Bercy arena is now completely in the hands of television with a prime November social and sporting event wiped from the Paris calendar.

“The FFT  has made the responsible decision to hold the Rolex Paris Masters tournament behind closed doors,” a statement read.

“The FFT is aware of the disappointment people will feel at not being able to attend the tournament but would like to thank everyone for their understanding and reassure them that their tickets will be refunded as soon as possible.

“Ever since the start of the health crisis, the French Tennis Federation has worked in constant liaison with the French government to define the organisation options permitted by the prevailing situation.”