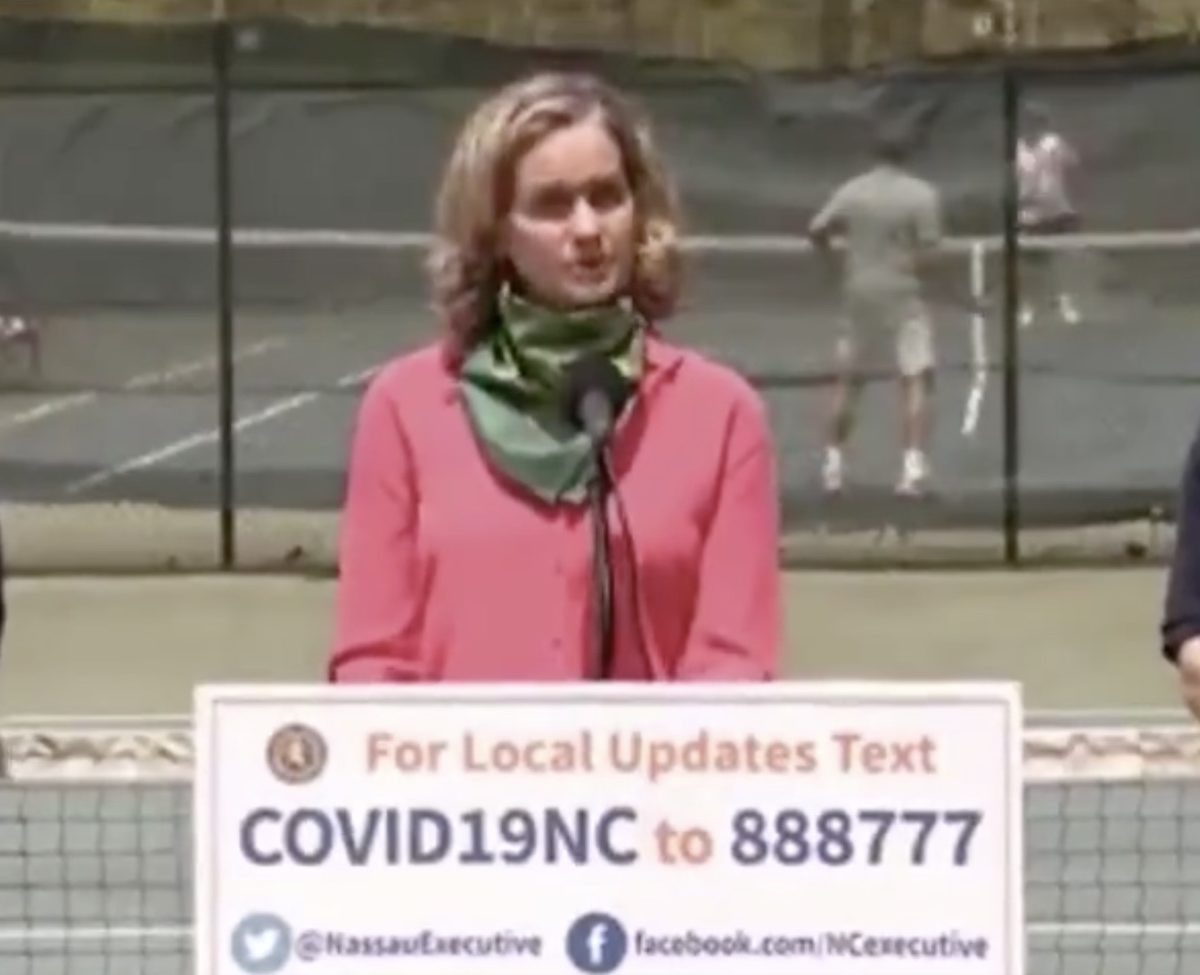 Nassau County Executive Laura Curran was trying to explain the precautions that the public would need to take as they returned to local tennis courts.

But things went wrong as she tried to deliver her message with a straight face.

“Every player unless they are from the same household has to bring their own tennis balls so that you don’t touch other people’s tennis balls with your hands,” she said.

“You can kick their balls but you can’t touch them.”

crying (also I am a child) pic.twitter.com/uHs2wLA1Jb

“I’m going to blush, sorry. Of course, if your playing with someone in your household you can touch those tennis balls,” she said.

The one officer moved out of the frame to give into the laughter.

“To avoid confusion between whose balls are whose, you can use a marker like a sharpie to mark out an X or put someone’s initials on them.”