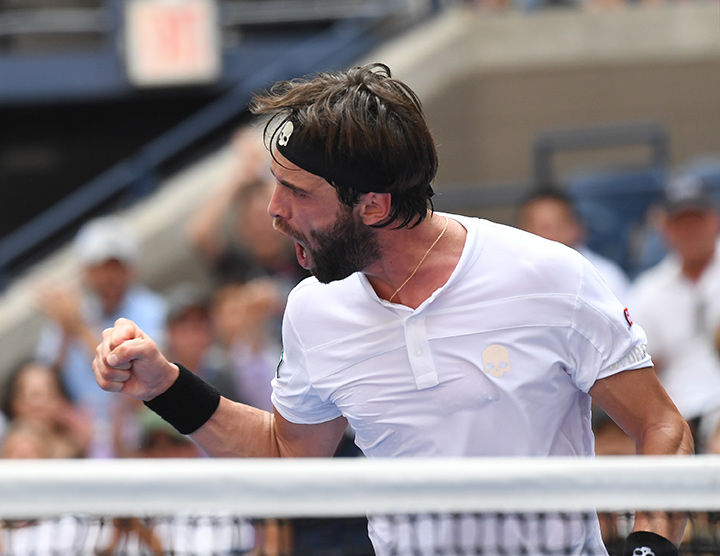 Nikolaz Basilashvili’s tennis has been totally derailed by charges that he struck his ex-wife last May, with the No. 34 Georgian now winless since the resumption of tennis.

In the wake of the four-month COVID-19 pause, the two-time Hamburg champion has lost all seven ATP matches he has played, most recently this weekend in qualifying for Vienna.

That’s a total of 14 sets lost; he was also defeated over the summer in a pair of unofficials exhibition outings for a record of 0-9 since his last victory in Davis Cup in March.

The 28-year0old is due to testify in his trial on November 3, but has been granted permission to speak by video link from the Paris Bercy Masters event.

The player is reportedly facing a possible one to three years in jail if found guilty of domestic violence in Georgia.