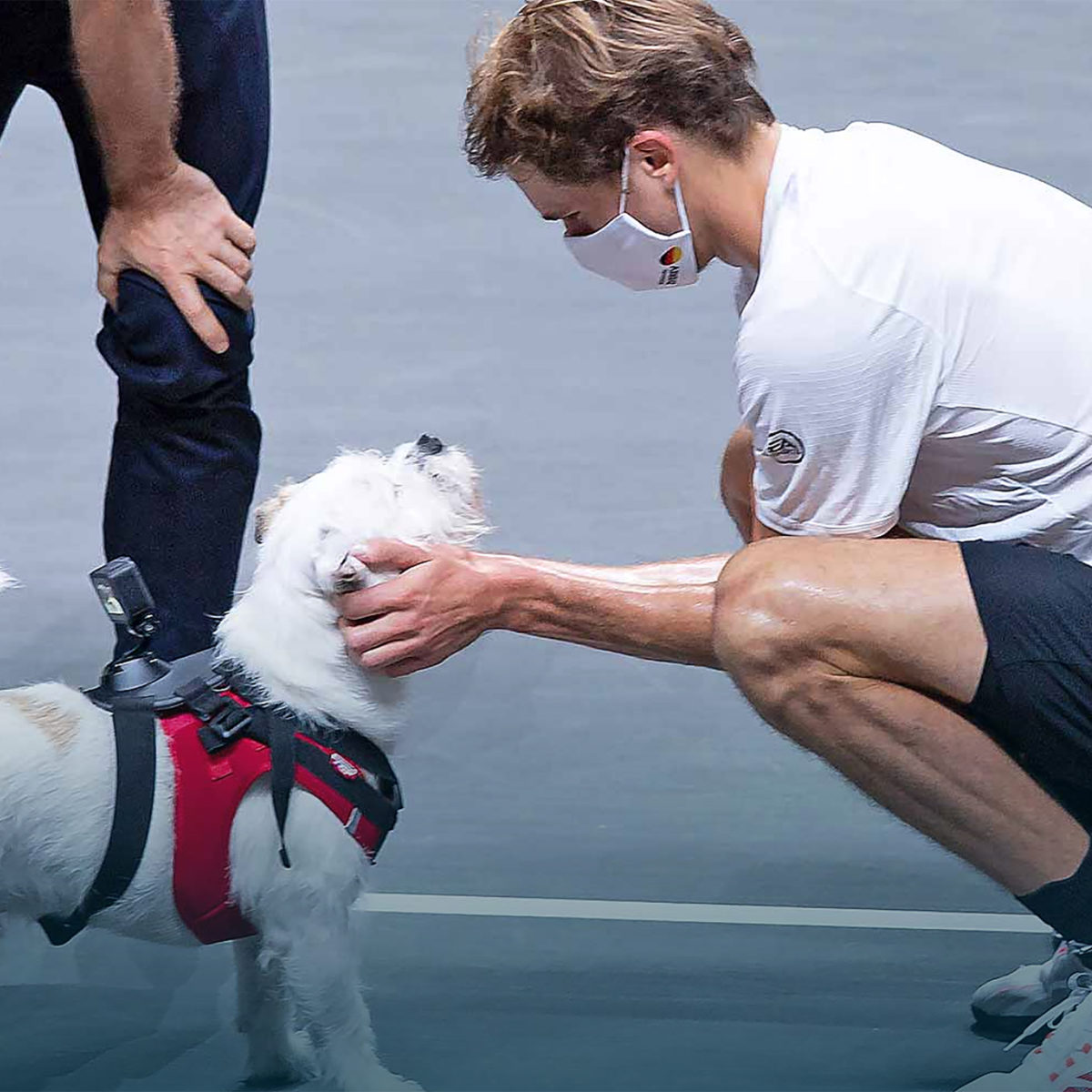 Top seed Alexander Zverev accepted canine congratulations after taking the opening step towards a repeat of his title from last weekend in the Cologne 2 ATP event on Wednesday.

Tournament dog Barnie was on hand post-match for a few sloppy kisses on court at the as ATP No, 7 Zverev reached the quarter-finals after a bye through a 6-0, 3-6, 6-3 defeat of Australian John Millman.

Zverev is trying to back up his title here from Sunday when he defeated Felix Auger-Aliassime in the first final of the novel two-week double bill.

The German advanced despite 10 double-faults, winning his fifth match in succession since the start of last week at the brand new event.

September’s US Open finalist has now won 11 of his past 12 hardcourt matches.

“In the first set I thought I played flawlessly, but then I wasn’t focussed at the beginning of the second [set] and the match could turn around,” Zverev said

“John is someone who has beaten top players before… you’ve got to play until the end and I thought I did a poor job serving today. But I got the win somehow.”

Millman has now suffered at the hands of the Zverev brothers for the second time in as many weeks after losing to elder sibling Mischa last week in Cologne.