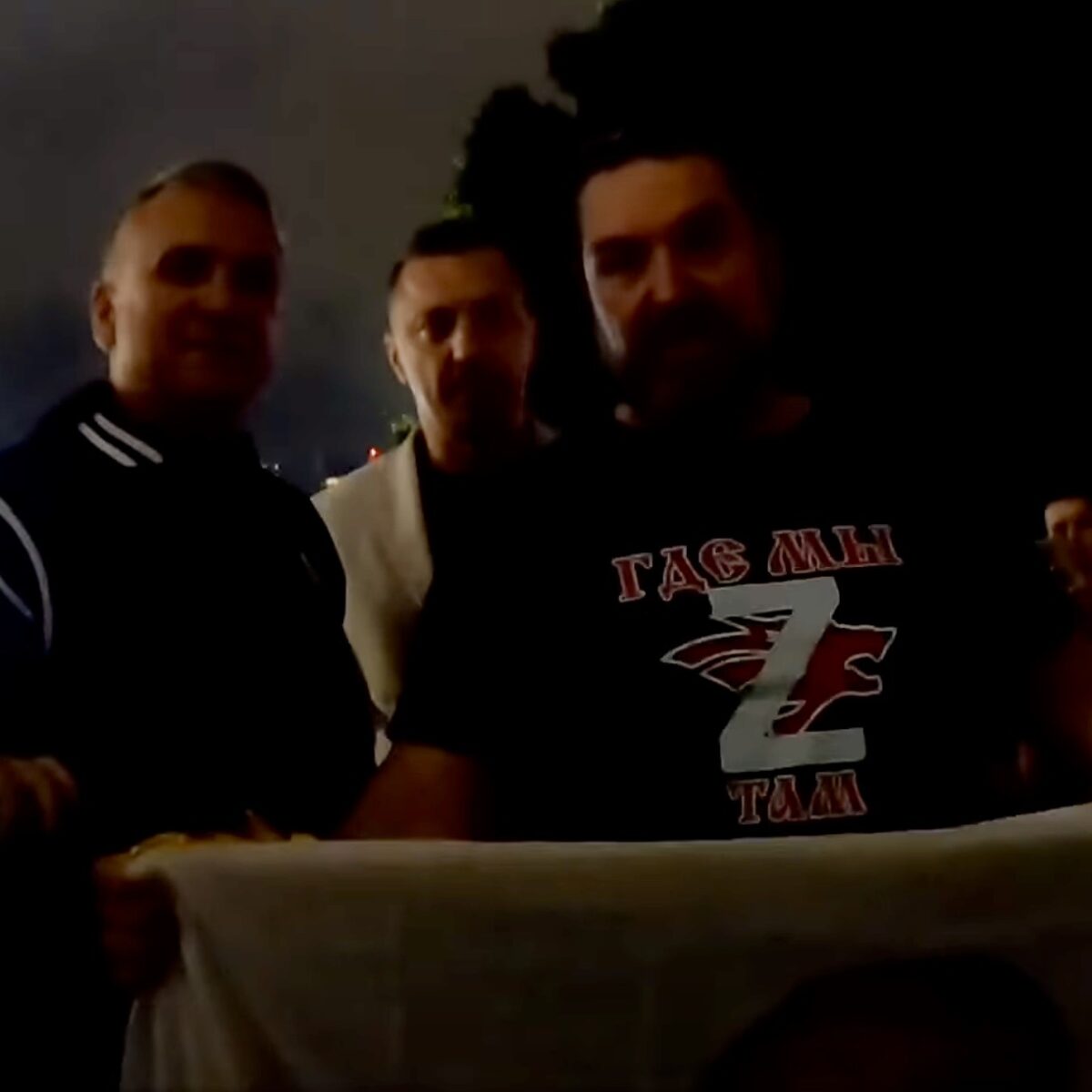 Novak Djokovic’s father has been warned by Tennis Australia about his future behaviour after being posing with a Russian flag that had Vladimir Putin’s face on it on Wednesday.

The video, on a pro-Russia YouTube channel, has gone viral showing his father Srdan mingling with fans declaring their support for Russia.

Australian Open entry regulations forbid any flags in support of Russia or Belarus.

The video shows Srdan posing alongside the flag as a sympathiser shouts ‘Long Live Russia!’.

Tennis Australia issue a warning after footage emerged of the incident and a fan was caught wearing. pro-Russian Z T-shirt.

“A small group of people displayed inappropriate flags and symbols and threatened security guards following a match on Wednesday night and were evicted,’ the statement read.

“One patron is now assisting police with unrelated matters. Players and their teams have been briefed and reminded of the event policy regarding flags and symbols and to avoid any situation that has the potential to disrupt.

“We continue to work closely with event security and law enforcement agencies.”

Ukrainian ambassador Vasyl Myroshnychenko to Australia was disgusted at their behaviour.

“It’s a full package. Among the Serbian flags there is a Russian flag, Putin, Z-symbol, so called Donetsk People Republic flag. It’s such a disgrace,” he told Melbourne’s Herald Sun newspaper.