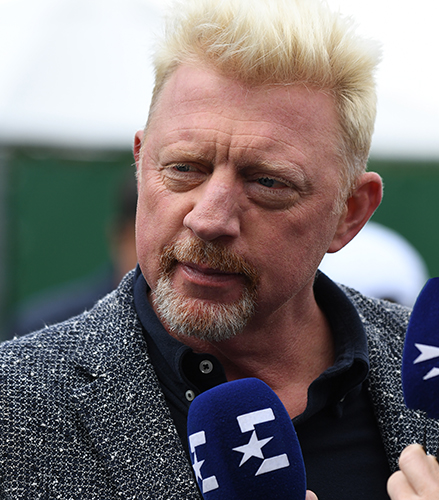 Djokovic wrote a letter to Tiley, which was leaked, urging him to help players in lockdown.

The letter was seized upon my the media and sparked ridicule from critics.

“The points he wrote down were absolutely right and legitimate,” Becker said.

“You get the feeling Djokovic can do whatever he wants at the moment, he just gets a lot of criticism. In this case, really unjustified.

“He wanted to stand up for the players, just wanted to create fair conditions for everyone, but was sharply criticised, even by the prime minister of the country. I think it’s important for Australia and especially Melbourne that the players come to Melbourne.

“It’s good for the city and for the economy. The country and the city benefit and then you have to treat the players more fairly and respectfully.”

Becker also said it would be tough for players once quarantine is over to resume high-level sport activity.

“When they come out of quarantine, they haven’t even been out in the fresh air, haven’t played tennis. No matter how many steps they’ve taken in the room, they haven’t played ball, and then they have a week to prepare for best-of-five matches, at least for the men, in the hot conditions. That task doesn’t really work,” he said.