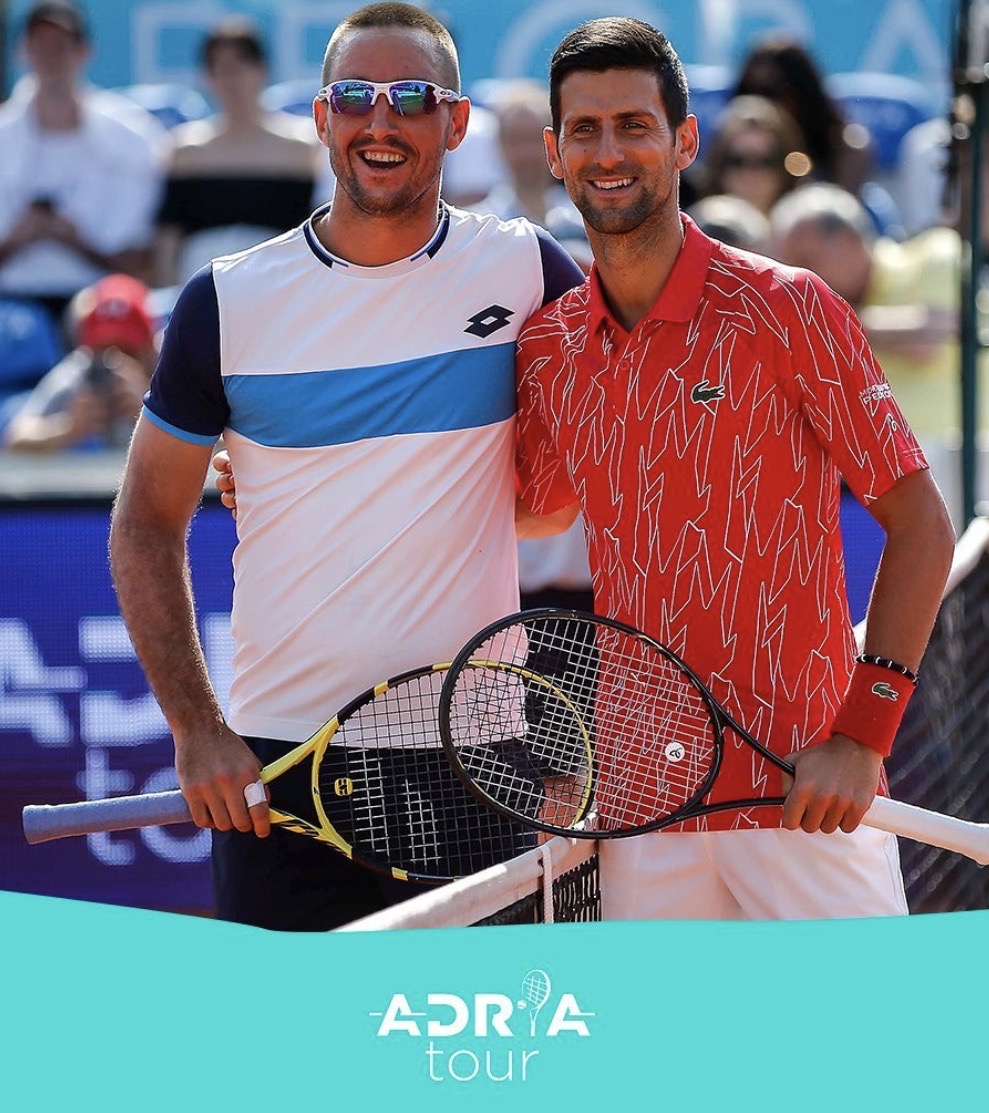 Novak Djokovic suffered his first loss of 2020 as the Adria Tour got under way in Belgrade on Saturday.

The world No.1 started the event with a 4-1 4-1 victory over fellow Serbian Viktor Troicki.

It was Djokovic’s first loss this year, having gone 18-0 on the ATP Tour, including winning the Australian Open.

The 33-year-old hit back at claims the crowds at the event were a health hazard and said he was operating under the guidelines issued by the Serbian Government.

“We have different circumstances and measures, so it’s very difficult to think of international standards,” Djokovic said.

“You can also criticise us and say this is maybe dangerous, but it’s not up to me to make the calls about what is right or wrong for health.

“We are doing what the Serbian government is telling us and hopefully we soon will get back on tour collectively.”

Earlier Djokovic’s winning start was upstaged by a ball boy.

He was on his way to beating Victor Troicki in his first match when Troicki handed his racket to a young court-side helper, who returned twice from a Djokovic serve before hitting a forehand winner at the net.

Alexander Zverev and Dominic Thiem claimed two wins from as many matches on Saturday.