Djokovic turns up the heat after first-set struggle 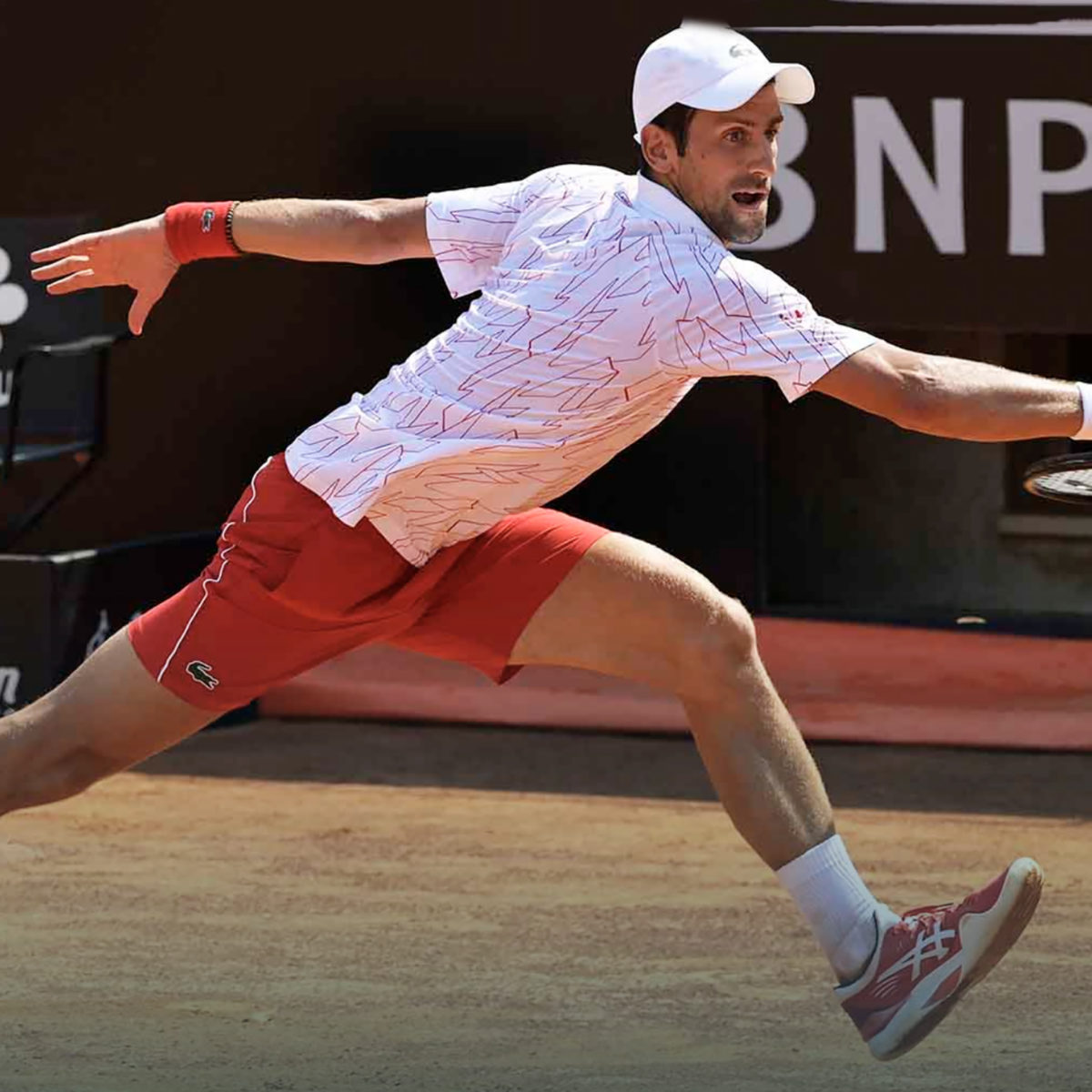 Four-time champion Novak Djokovic fired his jets after a first set lasting almost 90 minutes, putting a decade of experience to good use as he reached the Rome Masters quarter-finals at the expense of a longtime Serb friend.

The top seed managed 7-6(7), 6-3 victory over Filip Krajinovic, who he has trained with scores of times but last played on the Tour in 2010 in Belgrade.

After the marathon opening set in the empty Court Centrale, Djokovic was able to relax enough to speed through the second and escape with the win.

“It was a great battle,” especially in the first set, That was one of the longest sets I’ve ever played.

“We were both going toe-to-toe. I could have gone a different way.”

Djokovic struggled in the 87-minute opener, which required five set points before his compatriot finally sent a forehand long.

Djokovic survived 27 unforced errors in the opener and sent over a double-fault on one of his set-winning chances. Victory in the tiebreak was his 24th win from his last 26 deciders.

The 17-time grand Slam champion could have made life a bit easier had he been able to convert first-set break points at a rate of better than his actual one in 10.

Djokovic trailed 1-4 in the decider before finally closing the gap to earn the set and the match momentum.

“Winning the first set gave me more confidence,” he said. I was able to relax a bit and swing through the ball.

“We were both struggling physically (in the heat). Every game was at least a deuce.  I’m pleased with how I played.

“This is what clay-court tennis is all about: tough, long rallies and battling through.

“Hopefully I’ll recover well and get off to a better start than today in the next round.”

A year ago, the 34th-ranked Ruud was on the opposite side of the net when Aussie Nick Kyrgius went ballistic, throwing a chair and storming off court in a groundbreaking display of tennis temper.

Ruud and Berrettini, the world No. 8, stand 1-1, with the Norwegian winning their clay match last year at Roland Garros while the Italian prevailed days ago in the US Open third round.

“It’s a little bit sad of course that there are no crowds, but for me maybe it’s better because playing against an Italian in Rome and in the quarter-final of a Masters 1000, I can only imagine how the crowd would be like,” Ruud said.

“I’m always playing away from my home country, so it’s not many times that I have the full crowd with me. I think it’s a good thing for me tomorrow that there will not be 10,000 Italians in the crowd.”