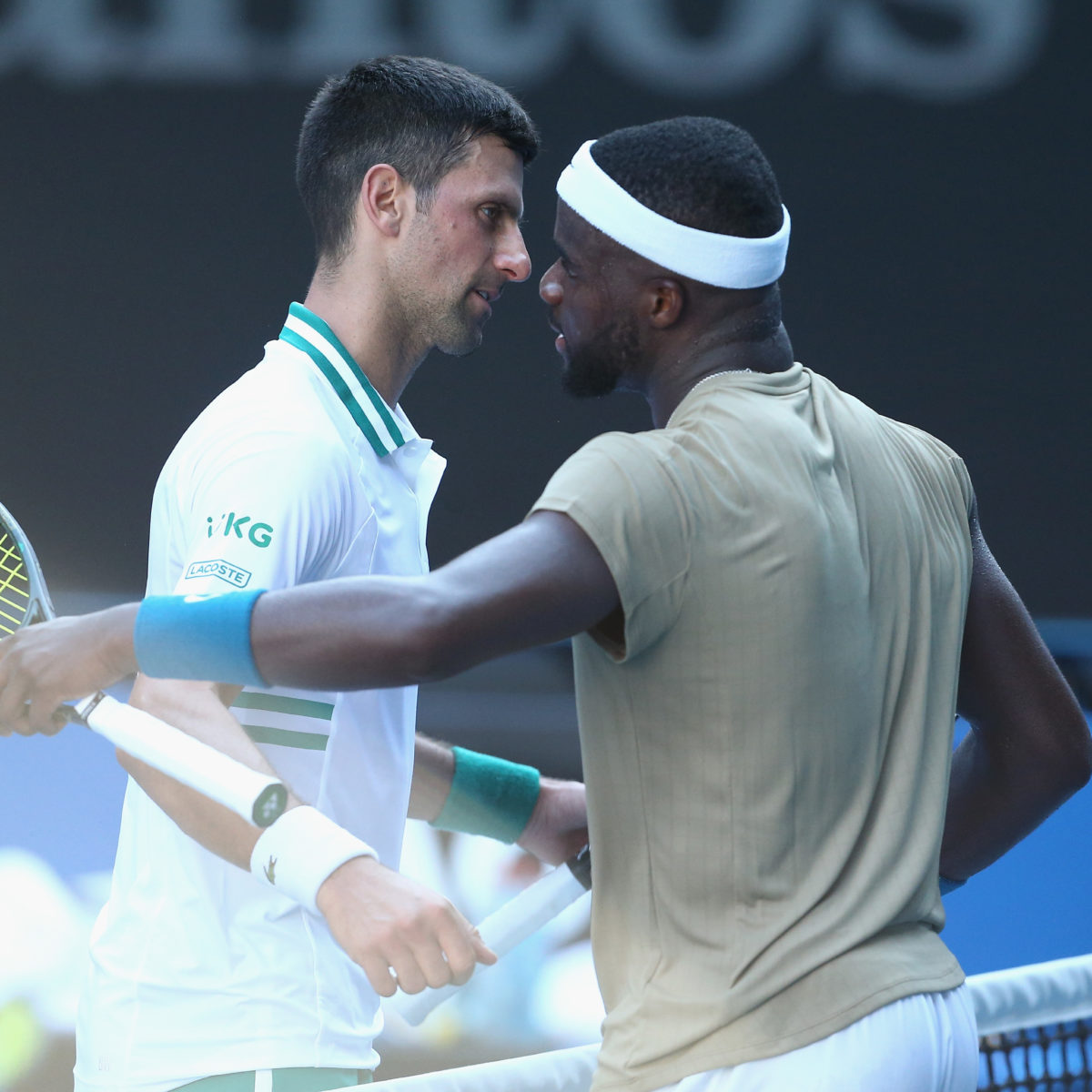 The Serb looked on course for a comfortable win after taking the first set but Tiafoe had other ideas, taking the second in a tiebreak and forcing another in the third before Djokovic steadied, won the set and then went on to win the match with a more comprehensive fourth set triumph.

Djokovic said after the match he thought the surface had quickened and was different from when he first played it.

“I think the surface has changed over the years – this is probably the quickest speed I have played on at Rod Laver Arena, so you need a big serve, and if you don’t have a big serve you have to grind and win the battle,” he said.

“[It was] a very tough match. Difficult conditions. While we had sun on the court it was very warm. A lot of long rallies.

“I want to give a hand to Frances again for a great fight. It was a fantastic match on his part.”

“The matches will only get tougher,” he says. “It’s not the first time I’m in this kind of situation.

“I know how to handle these kind of circumstances, but at the same time I was fortunate to get through the third set today.

“It is probably the most aces I have served to someone and someone has served to me in a long time.”

On a hot day in Melbourne, with ice towels in frequent use, Djokovic looked solid in the first set, but the pair fought toe to toe in the second with Tiafoe’s mixture of shots giving the reigning champions some concern.

But he adjusted and after the third set tiebreak, and some early close play, Djokovic rounded of the match after Tiafoe lost his cool and was warned for swearing.

Djokovic will next play either Taylor Fritz or Reilly Opelka in the third round.