Djokovic sets up Balkans event for next month 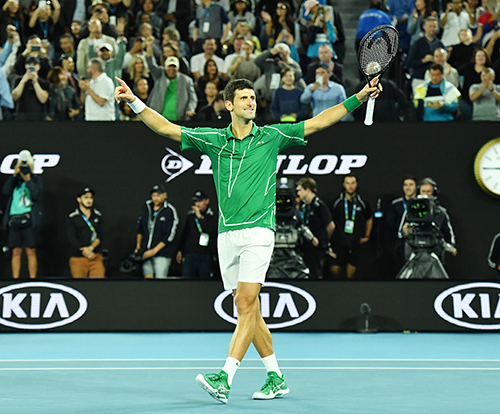 Novak Djokovic returned to his native Serbia this week to announce he is organising an event for Balkans.

Djokovic, who has been stranded in Spain for two months because of the Coronavirus pandemic, has set up the Adria Tour from June 13 – July 5.

“Unlike many other players, I was able to train almost every day because we resided in a house with a tennis court,” Djokovic told a news conference in Belgrade.

He had gone to Marbella in March to visit his brothers and was then stranded there as the pandemic took hold across Europe.

“I refrained from posting clips on social networks because I didn’t want to infuriate other players. I am fit and in good shape, so I am looking forward to the Adria Tour, which I am organising.”

Dominic Thiem, Grigor Dimitrov and Alexander Zverev are set to play in the event.

“This is the first time any of them will be playing here and I will do everything in my power to be a good host,” Djokovic said.

The first leg will take place on clay in Belgrade on June 13 and 14 at Djokovic’s complex and the second in Croatia’s coastal resort Zadar on June 20 and 21.

It is hoped Montenegro and Bosnia will host the final two legs but Djokovic said that has still to be confirmed.

The tournament will feature eight players, competing in two pools of four on a round-robin basis with the pool winners advancing to the final.