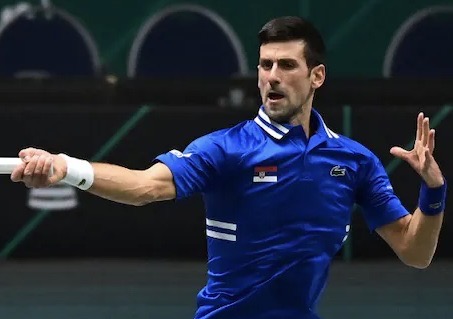 Novak Djokovic’s hopes of winning the Davis Cup suffered a major setback on Saturday as Serbia went down to Germany in Innsbruck.

Serbia could still make the quarter-finals, which includes two runners-up to go with the six group winners, but Germany can seal Group F with a victory over Austria today.

Djokovic played back-to-back matches, pulling the tie back to 1-1 with victory over Jan-Lennard Struff before taking a quick break to join Nikola Cacic in the doubles.

“It was a great performance to beat the team who have the world No. 1,” Germany captain Michael Kohlmann said.

“Before the tie, we all thought that we had a good chance. We really believed it and it paid off.”

Serbia captain Viktor Troicki said they would await on the result of the German/Austria tie.

“Filip had a tough one, and in doubles, what can I say after this match? A 7-6 loss in the third (set), and we had a lot of chances. I am still proud of my team,” he said.

“It wasn’t our day in the end. I hope we still have a chance.”