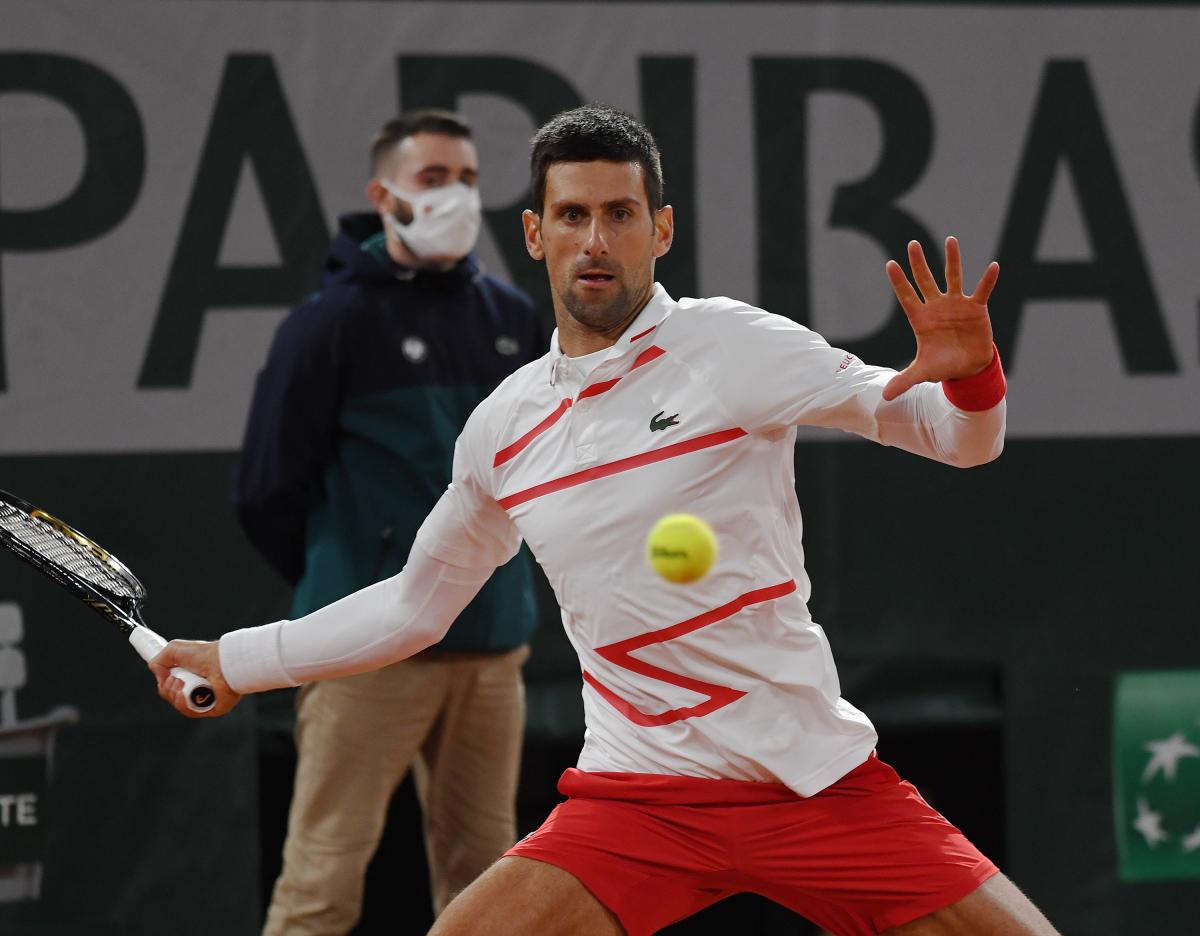 Novak Djokovic maintained his near-perfect record in the Roland Garros opening round as the top seed crushed Mikael Ymer 6-0, 6-2, 6-3 on Tuesday.

The Serb top seed manhandled his 80th-ranked Swedish opponent, starting the afternoon with a bagel set which lasted for just 20 minutes.

He did drop serve early in the second set when an attempted drop shot fell short – and he responded with an ironic chuckle.

Djokovic is now 60-2 in Grand Slam first rounds, his only losses coming in the first round of the Australian Open in 2005 and 2006

He has now won an ATP-leading 32 matches this season and could become the first man in the Open Era – and the third in history, after Roy Emerson and Rod Laver – to win all four Grand Slam tournaments twice if he can lift the trophy next weekend.