Djokovic return a winner over Sinner 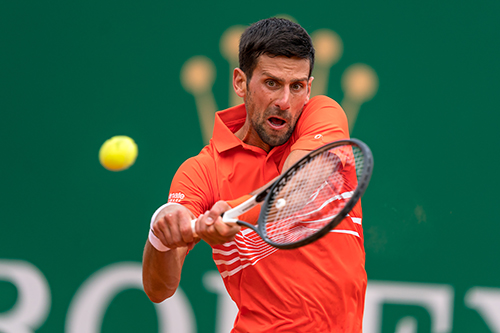 Novak Djokovic showed no signs of rust after two months off court on Wednesday as the world No. 1 began the Monte Carlo Masters 6-4, 6-2 over Jannik Sinner.

Top seed Djokovic was playing his first match since winning his ninth Australian Open in February, having spent the intervening weeks training at home in the principality and rehabing an abdominal problem.

The 33-year-old two-time champion here ran off his 10-0 start to the season, a feat he has now achieved six times.

Sinner was broken five times in the 96-minute encounter.

Djokovic will next face Brit Dan Evans who beat an out of sorts Miami champion Hubert Hurkacz 6-4,6-1.