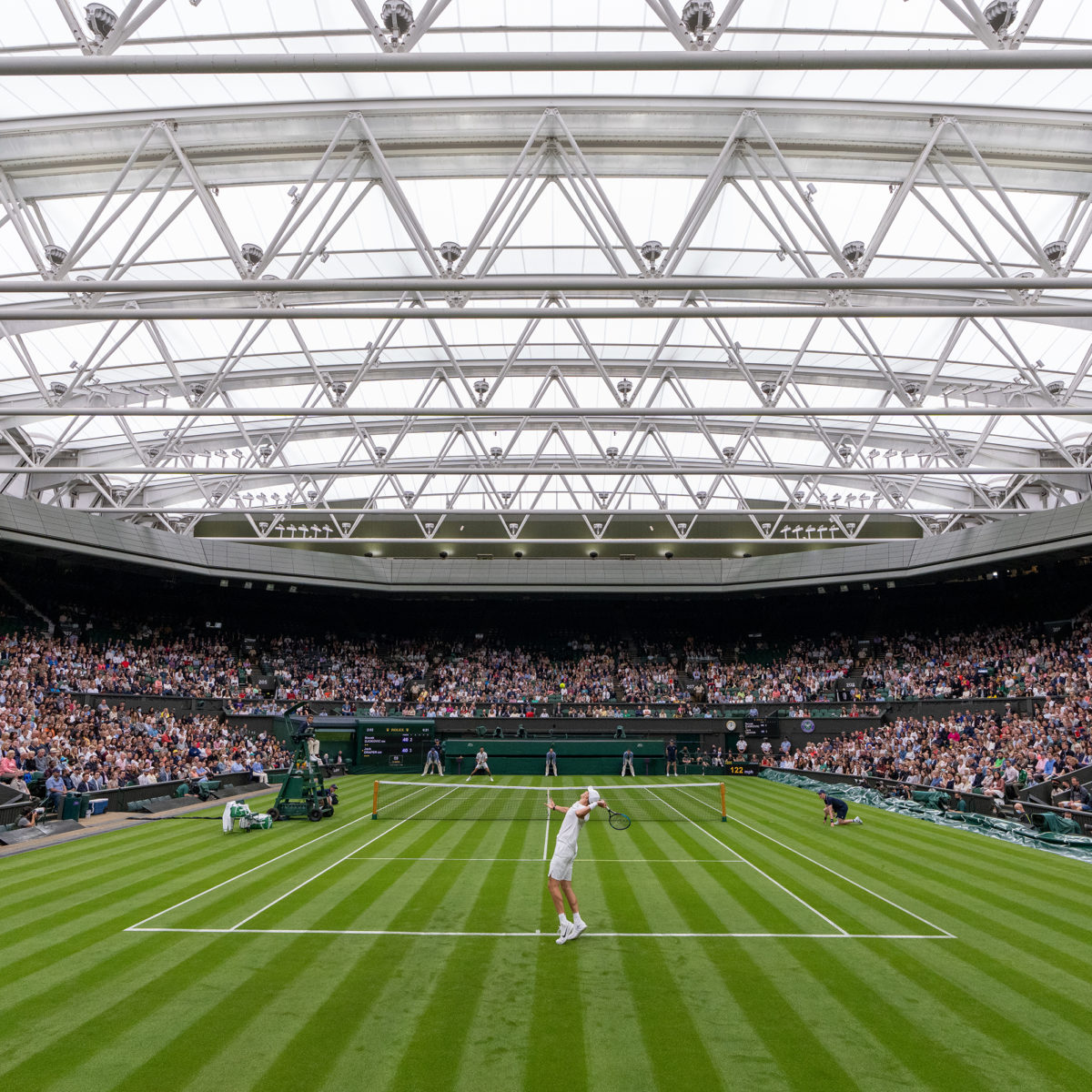 Novak Djokovic landed three aces in the final seven points of his opening match to school teenaged Brit Jack Draper 4-6, 6-1,6-2, 6-2 on Monday as Wimbledon began in rain which prevented early play on outside courts.

Under the closed roof of Centre Court, the top seed and defending champion quickly shook off a first-set loss to seize the inevitable momentum to see off his 253rd-ranked opponent.

Djokovic did the opening honours 700 days after winning the title at the event’s last edition in 2019, when he beat Roger Federer in a record-setting final lasting for almost five hours.

“It feels like such an honour to step onto what I would call the most sacred tennis court in the world,” the Serb said after finishing with 24 aces in barely two hours.

A half-strength crowd of around 7,500 was allowed into the court and were not required to wear masks once seated as the British government experiments with large crowd gatherings and hopes for the best.

The cheers were all about Draper, son of a former tennis federation executive.

The tournament debutant showed his promise as he nullified the first of seven Djokovic break points in the opening set before ultimately ceding to the greater firepower of one of the game’s greats bidding for a record-levelling 20th Grand Slam title.

“He did extremely well and backed himself when he was down. He definitely deserves credit for that.”

With the roof closed and wet conditions, both men ended up on their backsides on several occasions due to the fresh grass.

“I don’t ever remember falling that much,” Djokovic said. “It was quite slippery.”

Draper made his mark just over a week ago with a Queen’s club quarter-final, beating Italian young gun Yannik Sinner along the way.