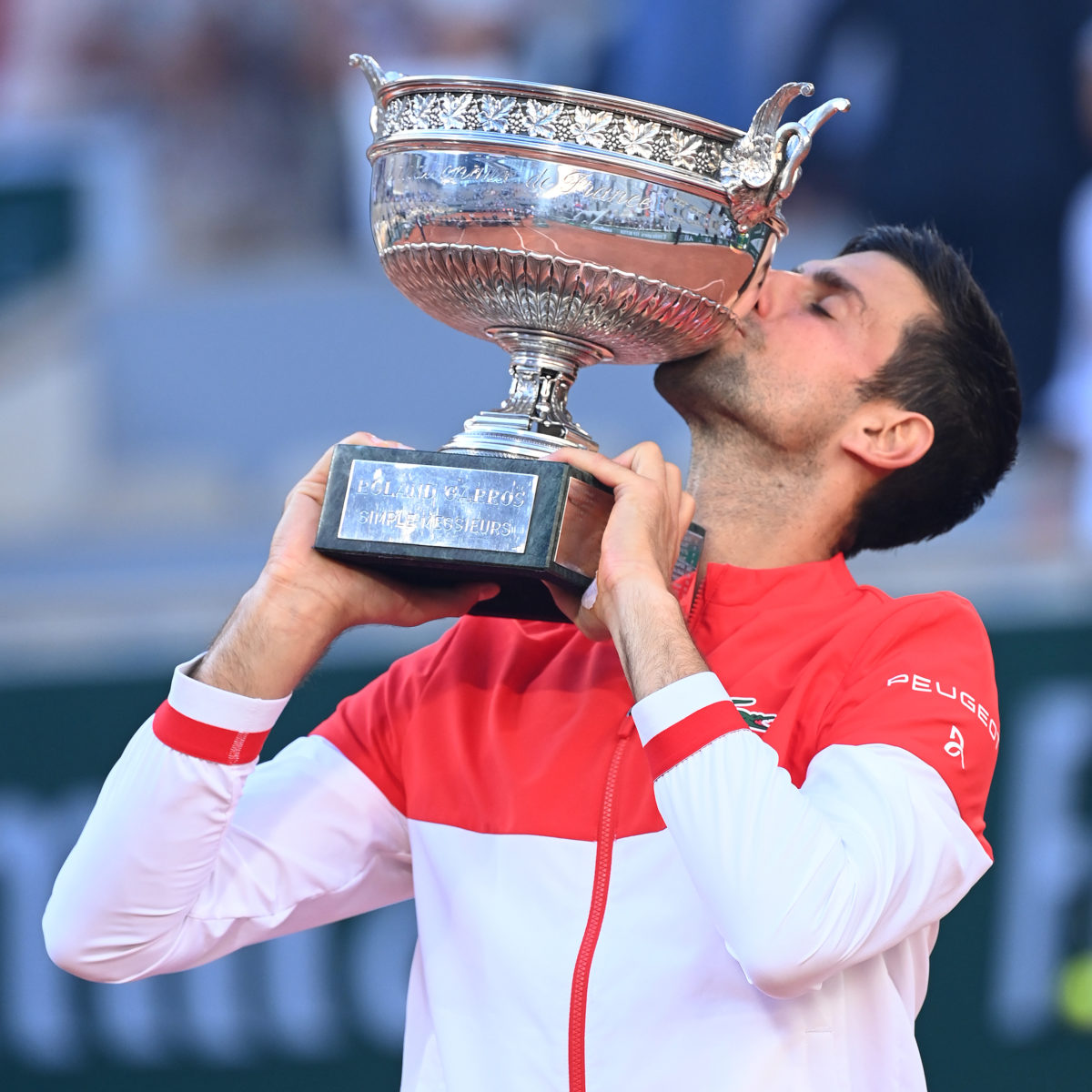 Determined Novak Djokovic climbed to within one Grand Slam title of iconic co-leaders Roger Federer and Rafael Badal in the all-time title stakes as he fought back over Stefanos Tsitsipas in five sets to claim French Open honours.

Djokovic, who had spent nine hours on court in his previous pair of matches at Roland Garros – wins over Matteo Berrettini and Rafael Nadal – found the inner strength to recover from two sets to love down against Tsitsipas.

The 34-year-old Serb followed up on his February Australian Open title this season.

“I’m thrilled and I’m very proud of this achievement. I couldn’t be happier and more satisfied with this kind of scenario in the last 48 hours,” Djokovic said.

“This probably ranks at the top three all-time achievements of my career.

“Going through four-and-a-half battle with Rafa on his court, then bouncing back after not practicing yesterday, just coming in today with as much as recharged batteries regained to fight another battle of four-and-a-half hours against Tsitsipas…

The Serb confirmed that he suffered an early swoon in the final: “In the second set I dropped physically and mentally a little bit.

“I just got fatigued a bit, just allowed him to dominate the second set.

“When when I was two sets down,and came back as a different player. Just refreshed, managed to make a break, early break in the third.

“After that I felt like I got into his head. I feel like I started swinging through the ball better.

“The momentum was onmy side, it shifted. There was no looking back from that moment.”

Djokovic explained why he gave his victory racquet to a young fan in the stands.

“He was in my ear the entire match basically, especially when I was two sets to love down. He was encouraging me.

“He was actually giving me tactics, as well. He was like, ‘Hold your serve, get an easy first ball, then dictate, go to his backhand.’ He was coaching me
literally.

“I found that very cute, very nice. So I felt like giving him the racquet. That was my gratitude for him sticking with me and supporting me.”