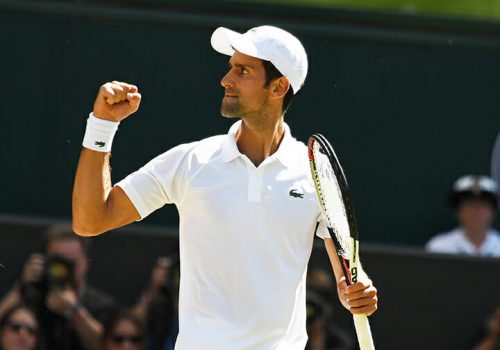 Novak Djokovic has chosen sides in the tennis political struggle, with the No. 1 pulling out as a candidate for the ATP Player Council to focus on his breakaway PTPA group.

The Professional Tennis Players’ Association was formed by the Serb and Canadian Vasek Pospisil during the 2020 spring-summer shutdown in hopes of bringing more player influence to bear on ATP decision making.

At the time, Djokovic was also president of the ATP Player Council, a conflict of interest loophole which the sanctioning body quickly closed with a rule prohibiting anyone from serving as an officer of both groups simultaneously.

As a result, Djokovic chose to stick with his PTPA and ended his campaign for re-election to the ATP group.

He had resigned as head of the Council last month but was re-nominated for upcoming elections by fellow players.

He has now withdrawn his candidacy:

“Unfortunately, given these latest developments I feel it is now necessary to remove myself from the list of candidates,” Djokovic posted on Twitter.

“I do not wish to create conflict or uncertainty around the player elections or create any issues that may arise.

”I do this reluctantly and with a very heavy heart. I am, and always have been, very passionate when it comes to representing my peers on the council.”

Djokovic has said that the PTPA does not seek a clash with the ATP, which controls the men’s game through a partnership of players and tournament directors.

Among the aims of the new organisation is increased prize money and more player input on tennis scheduling and other matters.

“The PTPA has yet to be structured with it’s strategy and long-term vision yet to be clearly defined, and although the PTPA has made it clear it does not intend to be combative, it is unclear how the ATP will view the association in the future, Djokovic wrote.

“I truly believe there is a path forward that will greatly improve the lives of many players, especially the lower ranked, and have a powerful and positive impact on the sport of tennis as a whole.

“I am confident that the PTPA will achieve this in the near future.”