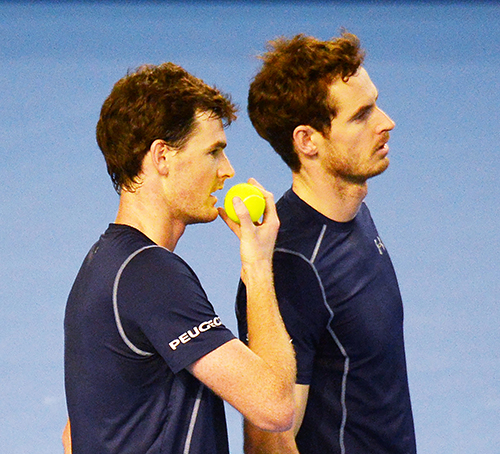 Speaking at an event to promote the Scotland v England “Battle of the Brits”  event in Aberdeen later this month Andy Murray believes Novak Djokovic has already taken his Covid-19  jabs as he was included on the entry list for next month’s Australian Open.

“I don’t know what the situation is with Novak,” Murray told the Press and Journal. I saw that he was on the entry list, and I assume he’s playing and has been vaccinated.

We were told they were the rules – if you want to play, you have to be vaccinated – so I’m assuming that’s what’s happened.

“Ultimately, you want all of the best players to be playing in the biggest events. It’s what makes the events more interesting and he’s also going to try to win and break the record, winning a 21st Slam. His record there is phenomenal, so hopefully he’ll be there.”

Murray added he has no sympathy with any player who opts against taking the vaccine.

Asked how his work with new coach Jan de Witt was working out, the triple Grand slam winner said “It’s been good. I’m off to Abu Dhabi on Sunday for a week to play in the event there, but also to go a few days earlier and get some outdoor training.

“I’ve obviously just been practising indoors here, but it’s been good so far, I’ve got some good work done and I feel relatively fresh.”

Main photo:- Andy and Jamie Murray will team up for Scotland against England in Battle of the Brits.