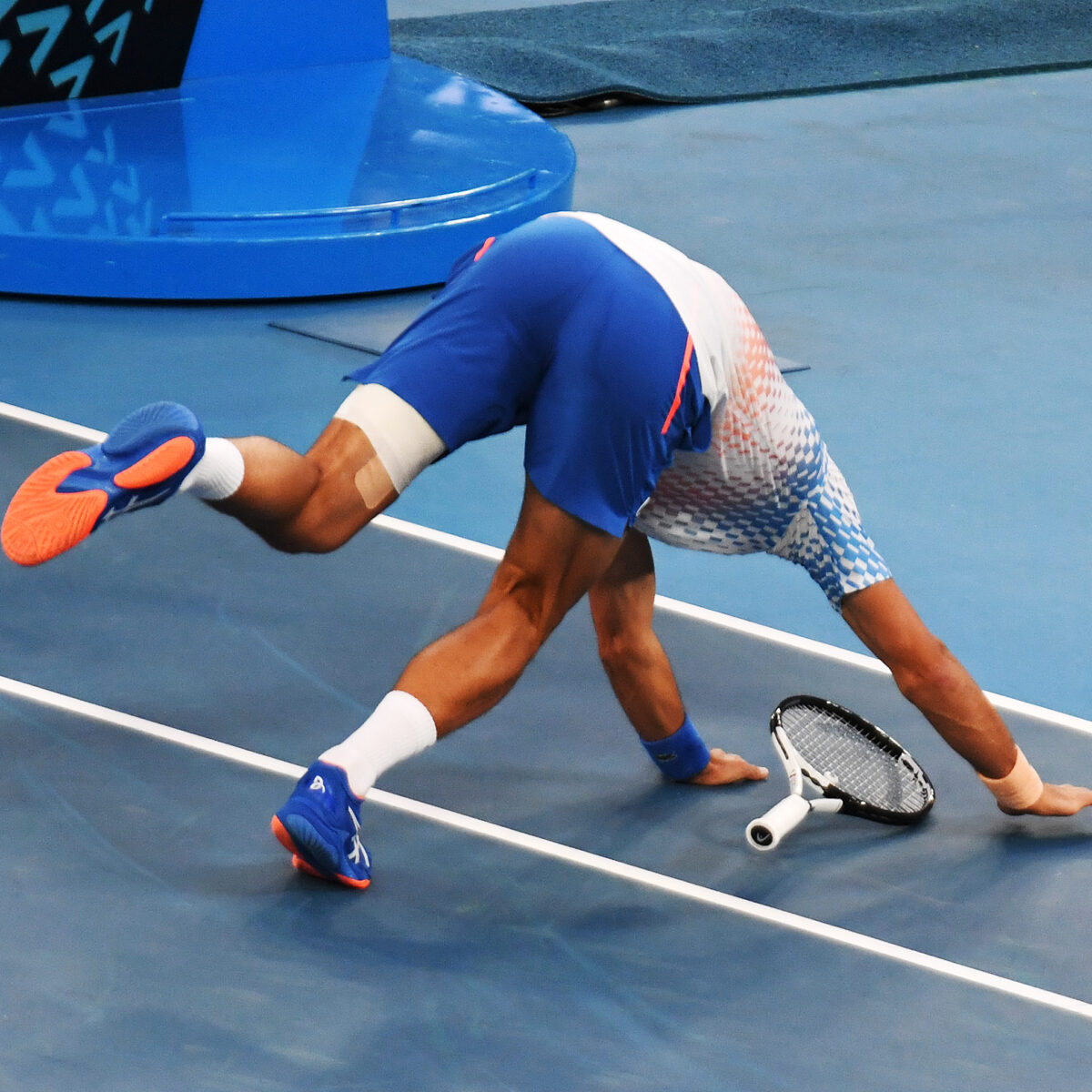 Novak Djokovic has let loose with a moan to Serb media, complaining that he’s tired of doubts over his various injuries after reaching another quarter-final at the Australian Open.

The title favourite – and only previous Grand Slam winner still in the draw – let loose with his complaint list to countrymen in the native tongue.

Tennis Major reported the session, with the 21-time title winner at the majors not at all pleased with public and non-Serb media perception of his motives concerning his current hamstring injury.

“Only my injuries are questioned. When some other players are injured, then they are the victims,” he said.

“But when it is me, I’m faking it – I don’t feel I need to prove anything to anyone.”

The 35-year-old carried the physical problem to Melbourne as he prepared for the Open, which he has won nine times.

“I have got the MRI, ultrasound and everything else, both from two years (when he won the title with an abdominal muscle strain) ago and now.

“Whether I will publish that in my (long pending) documentary or on social media, depends on how I feel. Maybe I’ll do it, maybe I won’t.”

The still unvaccinated Djokovic, playing here after being deported a year ago for trying to enter Australian without a COVID jab is taking a wait and see approach to what he feels is his case of unfair treatment.

“Is’ interesting to see how the narrative surrounding me continues, a narrative that is different compared to other players going through similar situations.

“But I’m used to it, and it just gives me extra strength and motivation. So I thank them for that.”