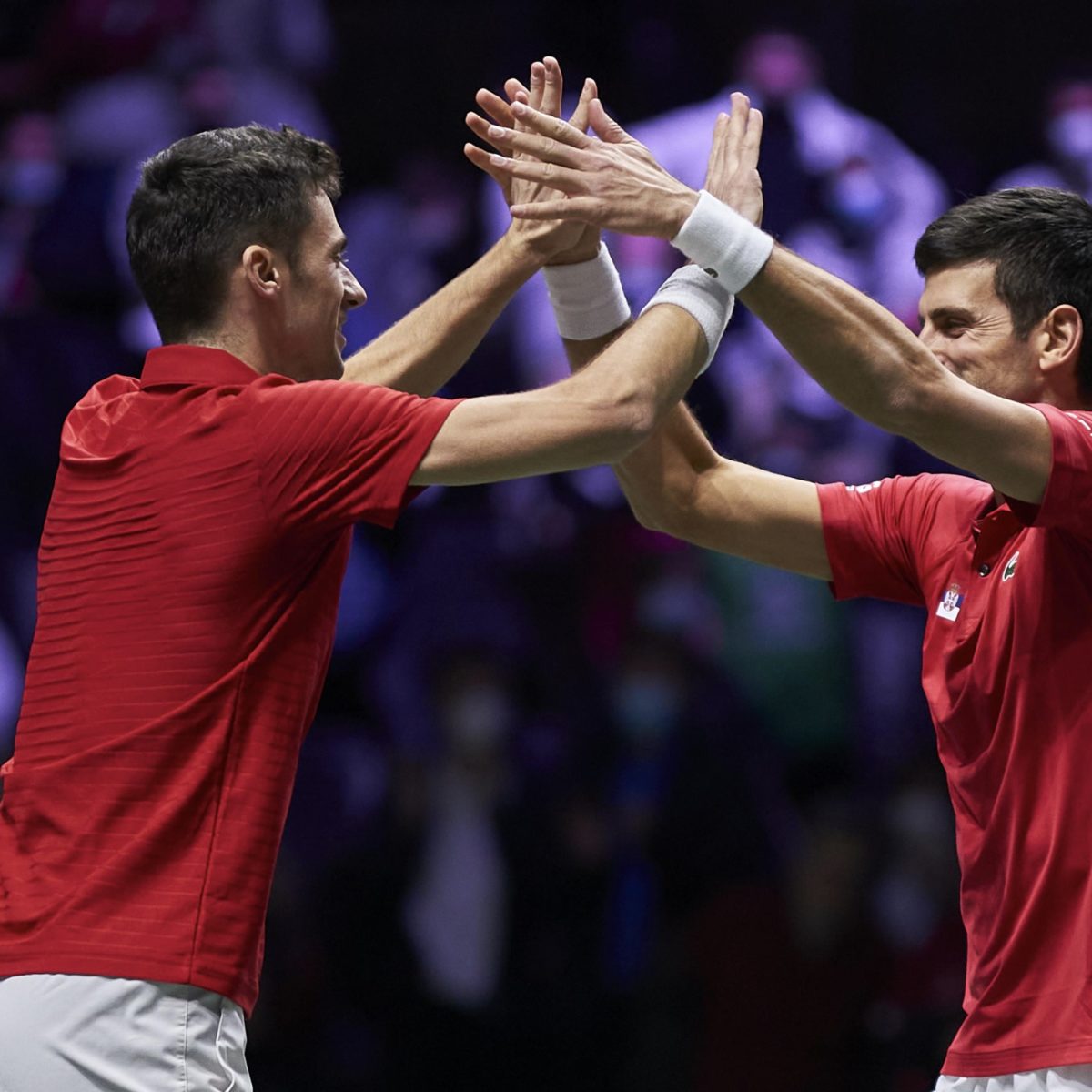 Novak Djokovic proved the deciding factor as Serbia beat Kazakstan in their Davis Cup quarter-final in Madrid on Wednesday.

The second saw Djokovic break to go 2-1 up, then 4-2 as he stamped his authority on the match, wrapping up the set after Bublik had held serve with am underarm serve.

Djokovic and Nikola Cacic then took on Andrey Golubev and Aleksandr Nedovyesov in the doubles decider with the Serbs prevailing 6-2, 3-6, 6-3.

“We had a little drop energetically in the second set but we managed to bounce back,” Djokovic said after the match. “The start of the third set was crucial.

“The first couple of games we held our nerve and bridged the momentum to our side. I’m proud of Nikola and this team and we deserve to be in the semi-finals.”