Djokovic is now a target of grass giant Berrettini 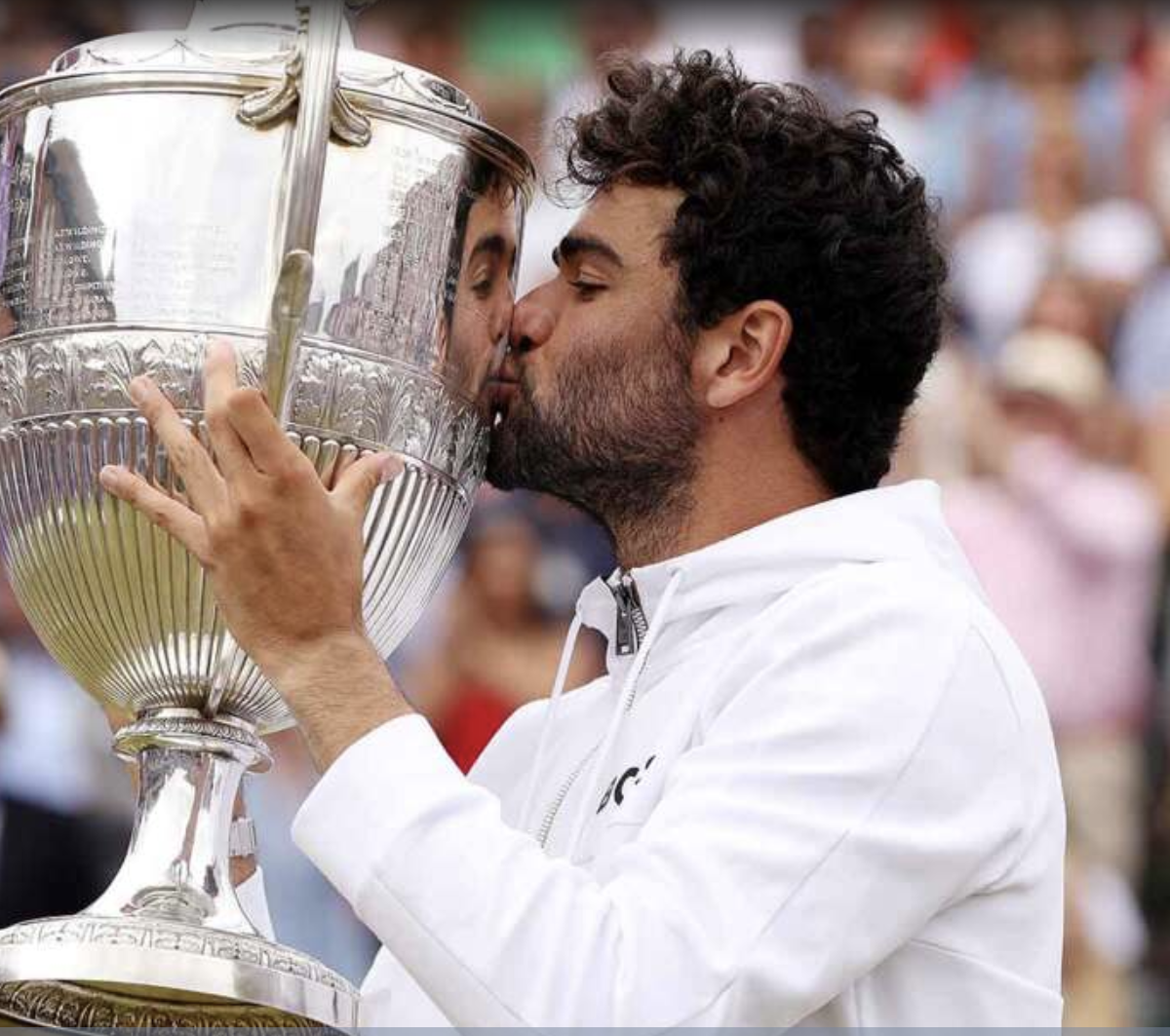 Wimbledon threat Matteo Berrettini is honing in on a fresh target as the run-up to Wimbledon intensifies with a week left before the start of play.

The Italian who lifted his second straight grass title at the weekend at Queen’s Club, London, now has world No. 1 Djokovic in his sights.

After four losses to the Serb – three at Grand Slams and one of those last summer’s Wimbledon final – the 11th-ranked Berrettini reckons it’s time to start turning the tables in their series.

Berrettini said his quest is not an easy one: “During my free time and even outside of my free time with my coach, we watched the matches to see what I did well and what I didn’t do so great.

“Beating (Djokovic) in a Slam is probably one of the toughest things you can ever do,”

Djokovic who did not move from his native Balkans after a Roland Garros quarter-final loss to Rafael Nadal, is now a late entrant in a weekend hit-and-giggle at a posh London club in the closing days of the Wimbledon run-up.

The world No, 3 remains the main objective of Berrettini, winner of back-to-back grass titles this month after missing three months due to hand surgery recovery.

“It is not easy to find a way to beat Novak, but I feel that every time I face him I learn a lot and take obvious steps in my progression,” the Italian told Ubitennis.

“Last year I played my first Grand Slam final (against Djokovic at Wimbledon) and his was the 30th.

“That is an important differential, but every time I see myself (getting) closer.”

He added: “It’s clear to me that in losing to him I have improved a lot – I think the time has come to beat him.”

Djokivc is due to test himself in his only competitive grass preparation against fellow exhibition entrants headed by Nadal with a Top 10 supporting cast comprising Carlos Alcaraz, Felix Auger-Aliassime and Casper Ruud.

There are hopes that Andy Murray, recovering from an abdominal muscle injury suffered in the Stuttgart final against Berrettini, might join the field in southwest London near the Thames.