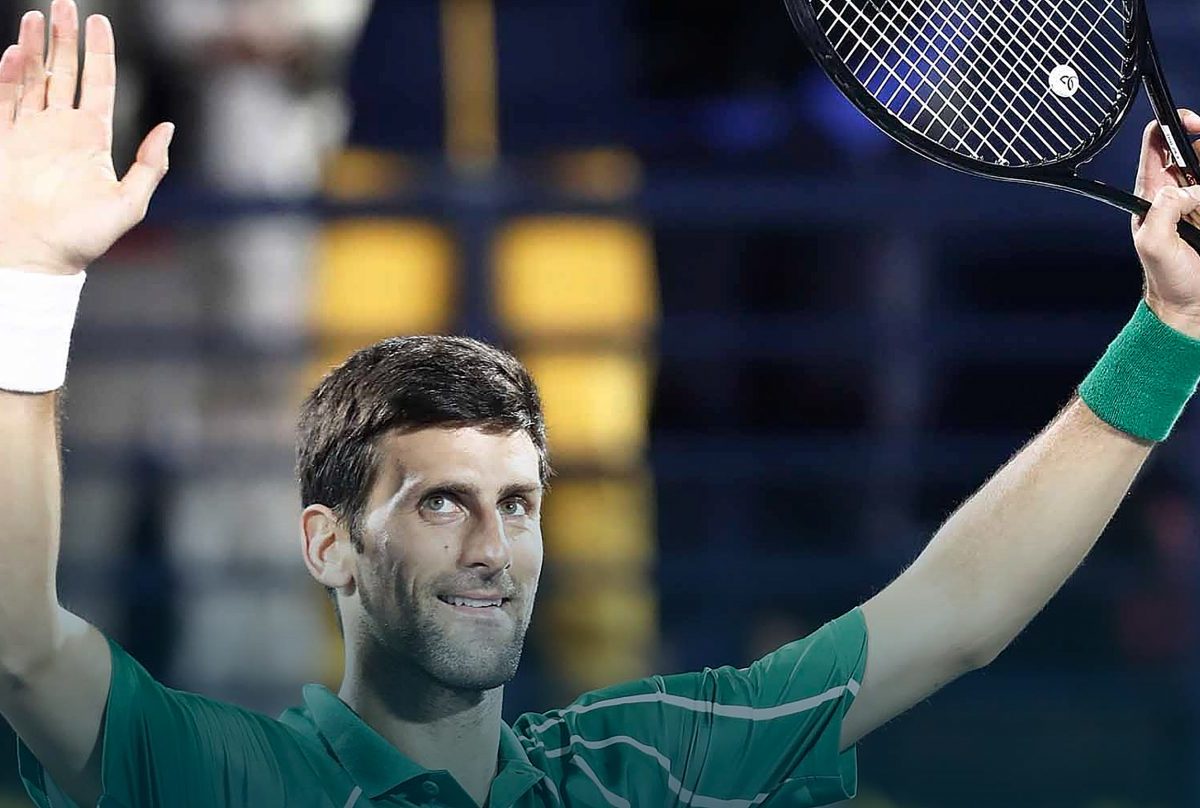 Novak Djokovic had to fight to survive on Friday, moving into the Dubai Championships final 2-6, 7-6(8), 6-1 as he saved three match points to beat a fired-up Gael Monfils.

The Serbian world No. 1 had his back to the wall in the second-set tiebreaker with his flamboyant French opponent holding lead of a set and three match points.

Monfils produced errors on the first two and a double-fault on the third to send Djokovic a lifeline.

The four-time champion gladly took it, winning the set on his eighth try and rolling through the third set to victory as the injured Monfils caved after his massive exertions.

Djokovic will play for the title in the emirate on Saturday against Stefanos Tsitsipas after the second seed reached a repeat final.

Djokovic, winner of all 17 of his 2020 matches, was glad to make his great escape against Monfils, winner of his last two events this month at Montpellier and Rotterdam.

“It was and amazing escape,” Djokovic said. “Gael was playing as well as he ever has.

“It was difficult to go through him. I have good defence, but what he did today was unbelievable.

“On the match points, I just hoped that he would miss on first serves, which he did. That gave me an opportunity to get into the points.

“I know Gael was injured and he could not play his best, but once he’s healthy, watch out.”

Tsitsipas will be looking for a ninth win in a row when he takes on Djokovic for the trophy. The Greek lifted the title last Sunday in Marseille.

Tsitsipas beat Evans in 83 minutes as the Brit played in his fourth ATP-level semi-final.

“I managed to stay solid throughout the whole match, I didn’t have too much stress, I stayed quite calm and played well,” Tsitsipas said.

“I was dominating a lot from my forehand side, playing with a clear head and not thinking of too much, staying in the moment, trying to process of what potentially he’s going to use on the court.

“It was just a matter of time for me to take the lead and get up in the score.”

Tsitsipas has won 16 of his last 17 sets, and took his 10th Dubai victory.