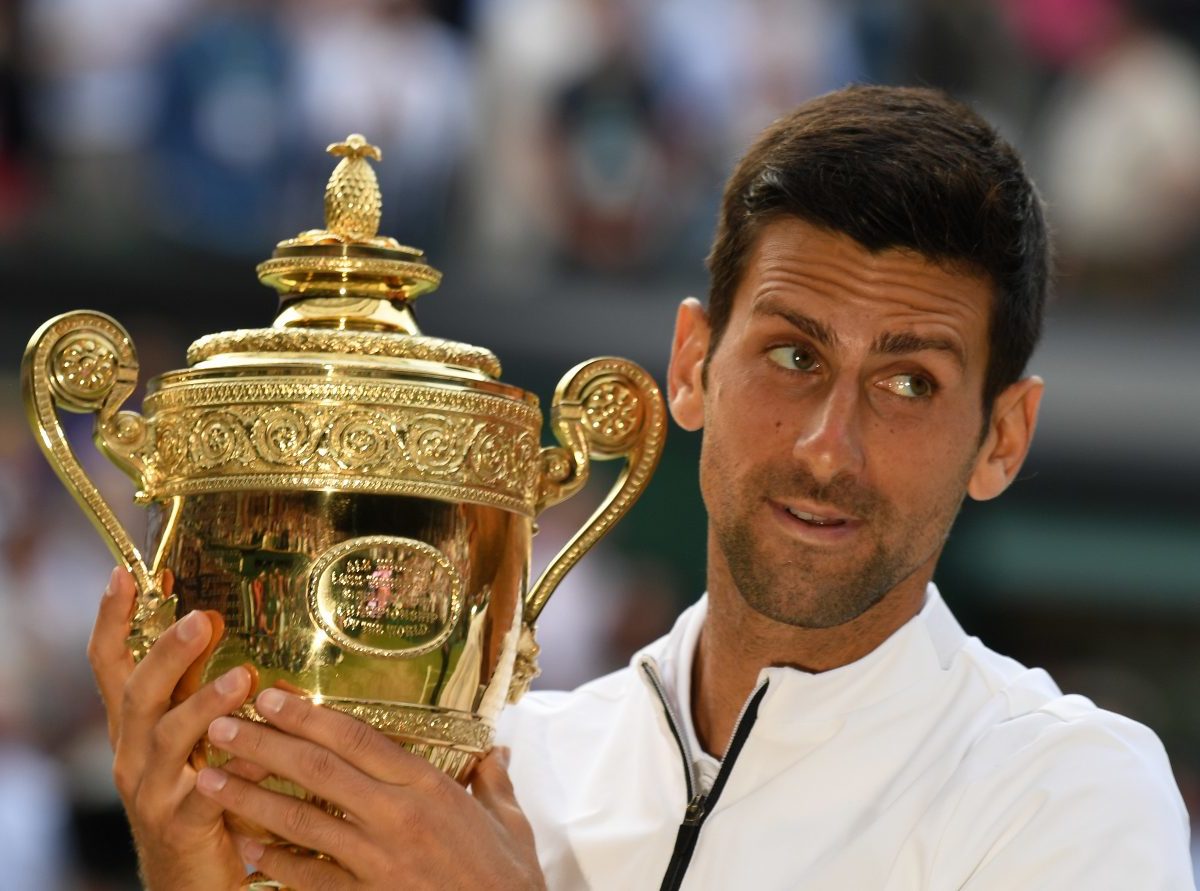 Wimbledon champion Novak Djokovic has taken the lead in the 2019 ATP Race To London, after his fifth title at The Championships.

The Serbian, who became the second player to qualify for the Nitto ATP Finals (6,725 points), to be held at The O2 in London from November 10, is now 500 points ahead of second-placed Rafael Nadal (6,225), who clinched his spot at the season finale as a result of winning his quarter-final match at Wimbledon.

Roger Federer, a six-time former Nitto ATP Finals champion, is next in line to secure a place at the season finale for the 17th time on 5,060 points, with a Wimbledon final run.

Dominic Thiem, the Roland Garros runner-up, and the 2018 Next Gen ATP Finals titlist Stefanos Tsitsipas, who is bidding to qualify for the first time, are all in strong positions among the Top 5 contenders.

Four-time former qualifier Kei Nishikori moved up one place to sixth (2,070) by adding 360 points to close the gap on Tsitsipas (2,995), as a result of a run to his third Wimbledon quarter-final, while last week’s semi-finalist Roberto Bautista Agut rose five places to seventh (1,980) — just 90 points behind Nishikori.

Daniil Medvedev, who lost to 2018 Nitto ATP Finals runner-up David Goffin in the Wimbledon third round, sits in eighth position (the final automatic qualification spot) on 1,855 points, 215 points ahead of Fabio Fognini (1,640), the Rolex Monte-Carlo Masters winner, who is also attempting to qualify for the first time.

Defending champion Alexander Zverev dropped two places to 10th (1,590) and will look to make up ground on the North American hard-court swing if he is to clinch a spot at The O2 in London for a third straight season. 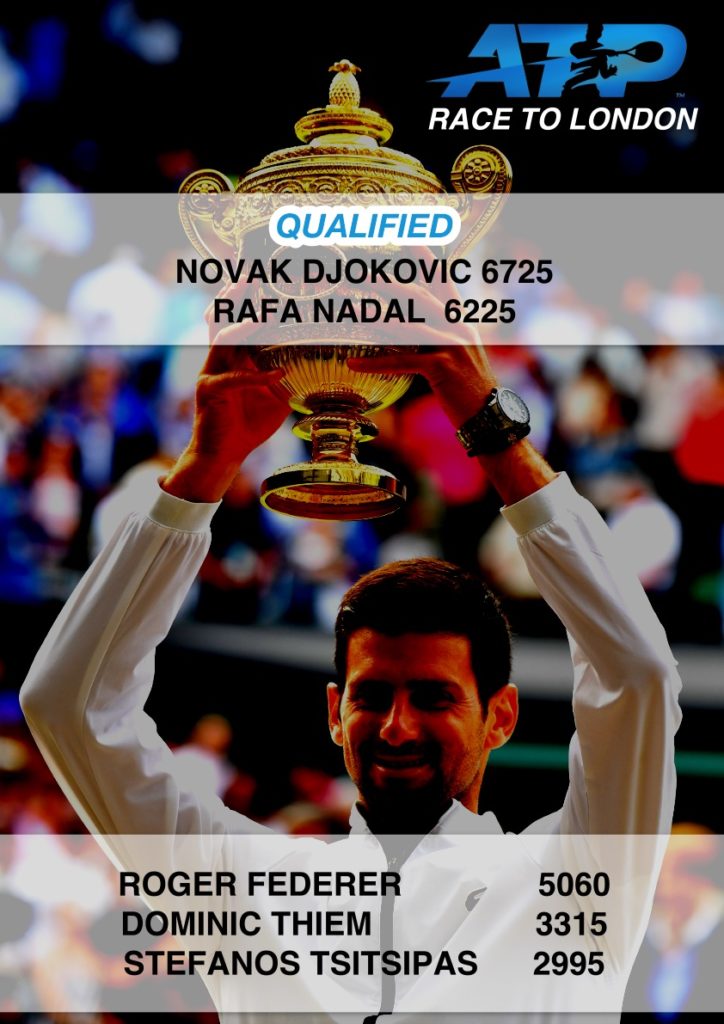