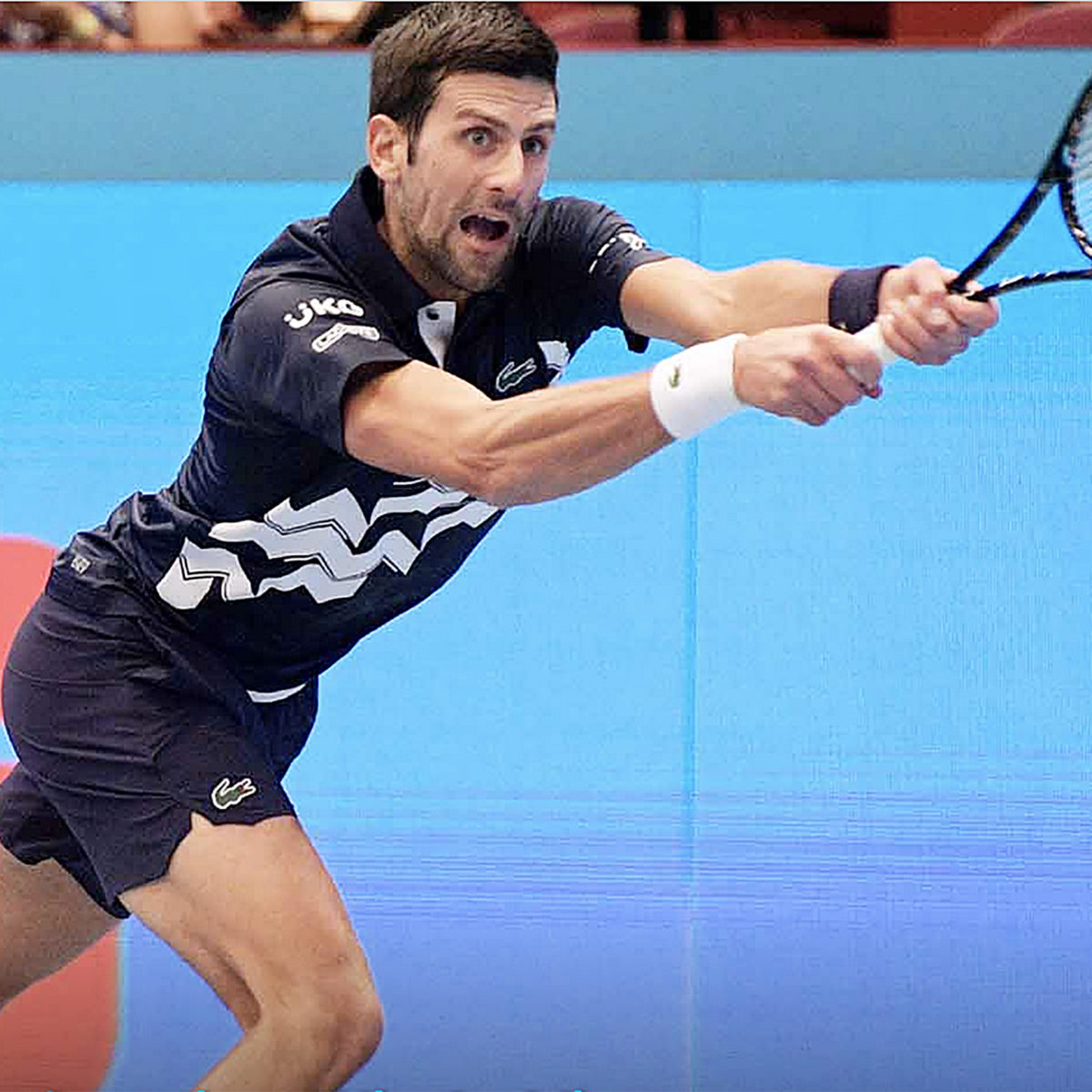 Novak Djokovic picked up where he left off in Vienna 13 years ago, with the 2007 tournament champion starting his current campaign with a 7-6(6), 6-3 defeat of fellow Serb Filip Krajinovic.

Djokovic is working to finish the season on world No. 1 and can do it this week at the Stadthalle according to ATP calculations. To do so would pull him level with Pete Sampras on six year-end top-ranked finishes.

spectators allowed in for each of five day sessions this week.

“I was lucky in the first set,” Djokovic said. The draw was tough for us to face each other.

“There is always extra pressure and importance to a match when you play someone that you know very well.

“We are good friends, we train a lot (together). It’s never easy to play someone that you are very close to.

“I’ve known him since he was very young. I tried to be there as a friend, as a mentor. We go back a long way.”

The wild card top seed managed 39 winners as he claimed victory in his 38th match from 40 played in virus-disrupted 2020.

But Djokovic had to work to win the opening set after twice losing serve; he had to salvage a Krajinovic set point as well before gaining control in the second set.

Djokovic was back on court for the first time since losing the Roland Garros final to Rafael Nadal barely a fortnight ago,

He takes a 3-0 record into his second-round match against Croat Borna Coric after the two-hour win. .

“Karen is such an excellent player, such a heavy hitter,” Dimitrov said after the 85-minute effort.

“The court conditions favour him quite a bit but I was able to just play a very solid game and take the right decisions at the right time.”

Main photo:- Novak Djokovic wins his 38 match out of 40 by ATPtour.com