Djokovic, Fritz run out the clock in sprint to lockdown 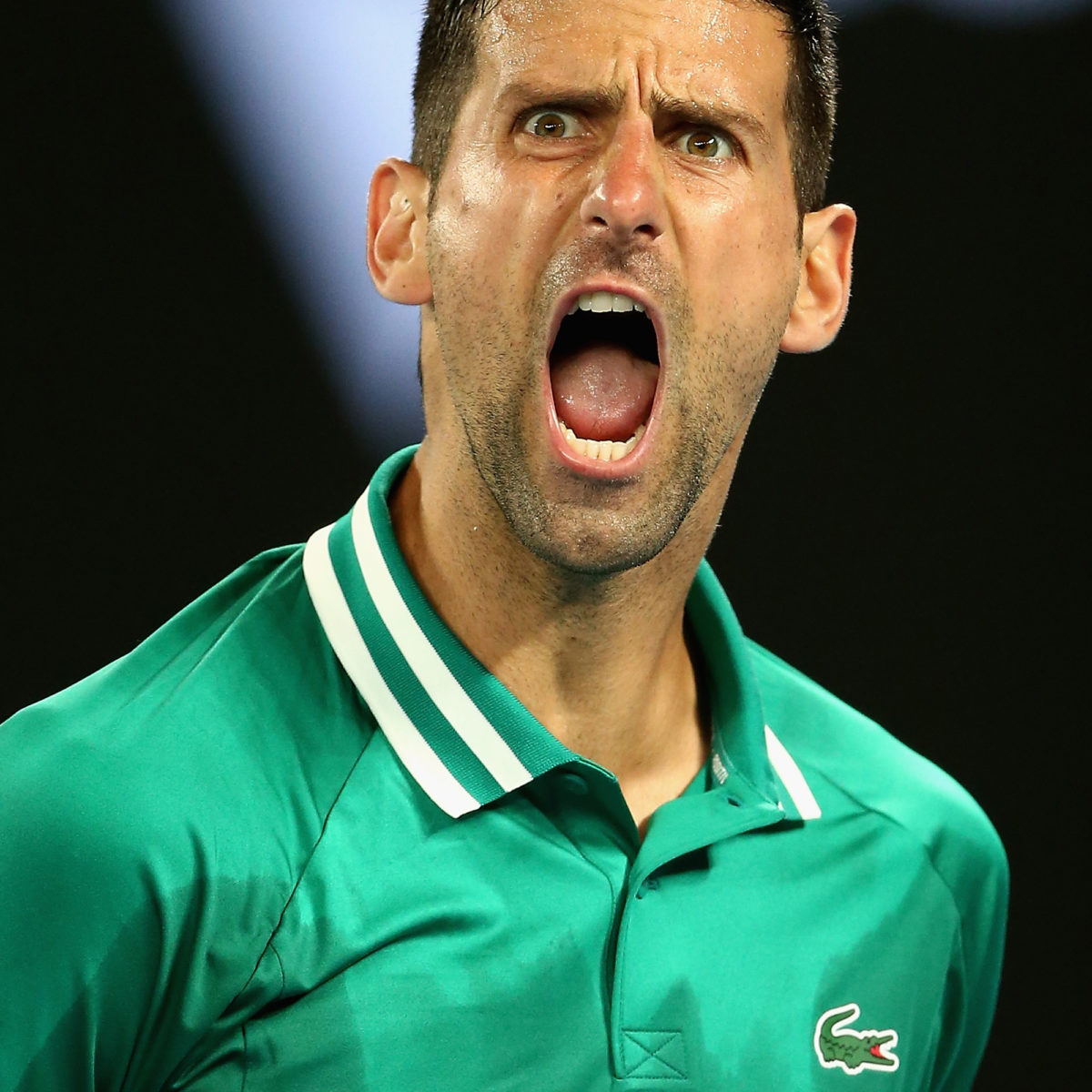 Novak Djokovic erupted like a madman after defeating Taylor Fritz 7-6(1), 6-4, 3-6, 4-6, 6-2  on Friday in a post-midnight finish as a Melbouren anti-COVID lockdown went into effect.

The top seed who had fully milked a third-set medical timeout to treat a hip problem, roared like a wounded gorilla while shaking both fists in an empty Rod Laver arena which had been cleared by law of fans nearly an hour earlier.

Eight-tiem champion Djokovci benefited from half an hour of rest as the stadium was swept ot spectators prior to a midnight lockdown deadline.

The Grand Slam will be played for the next five days without fans and players restricted to either the practice court, their hotel rooms or the match court.

The shutdown across Victoria  was announced without warning earlier in the day after 13 positive cases of COVID-19 at a Holiday Inn quarantine hotel near the airport.

After trailing two sets to love, the 31st-ranked Fritz got to work in reversing the momentum by winning the third.

In the fourth, Djokovic’s faulty fitness began to weigh, with the world No. 1 losing serve in the third game; he struggled on in the fifth, breaking twice to advance to the fourth round.