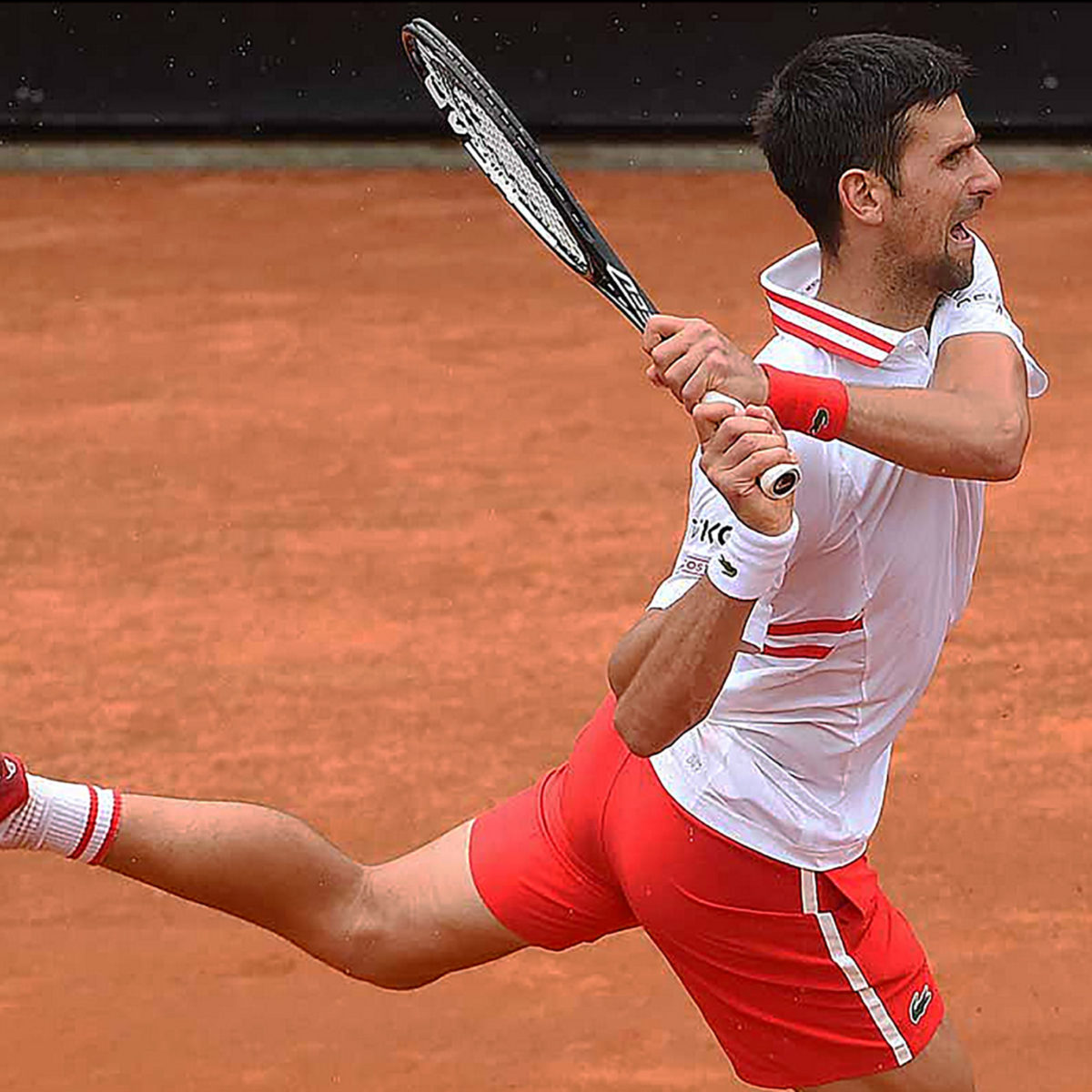 Defending champion Novak Djokovic screamed in frustration after failing to serve out a quick victory as rain pelted the clay in his opening match on Tuesday at the Rome Masters.

The world No. 1 let his temper flare as he loudly implored the chair umpire to halt his match with Taylor Fritz after failing to serve it out as he had hoped.

But the Serb earned his satisfaction more than three hours later as he finally finished off a 6-3, 7-6(5) result into the third round..

“We had almost two full sets played under the rain,” he said. “I lost my cool. With rain, the clay becomes mud. You have to see along with the chair umpire when you need to stop.

“Just one player cannot make the call.  But it was not easy, you got rain in your eyes when you looked up to serve.”

The late afternoon weather interruption lasted into the evening at the empty stadium before the players returned to court in the evening, with Djokivic finally producing his fourth win over his American opponent.

The world No. 1 claimed his 56th match victory at the Foro Italico, ending the day with 23 winners and 24 unforced errors.

“I’m relieved and content to finish this match,” the winner said  “We had it all today, it’s not easy to play in these conditions.

“But it’s not the first or the last time I will experience this. At the end of hte day there are lessons to take away.”