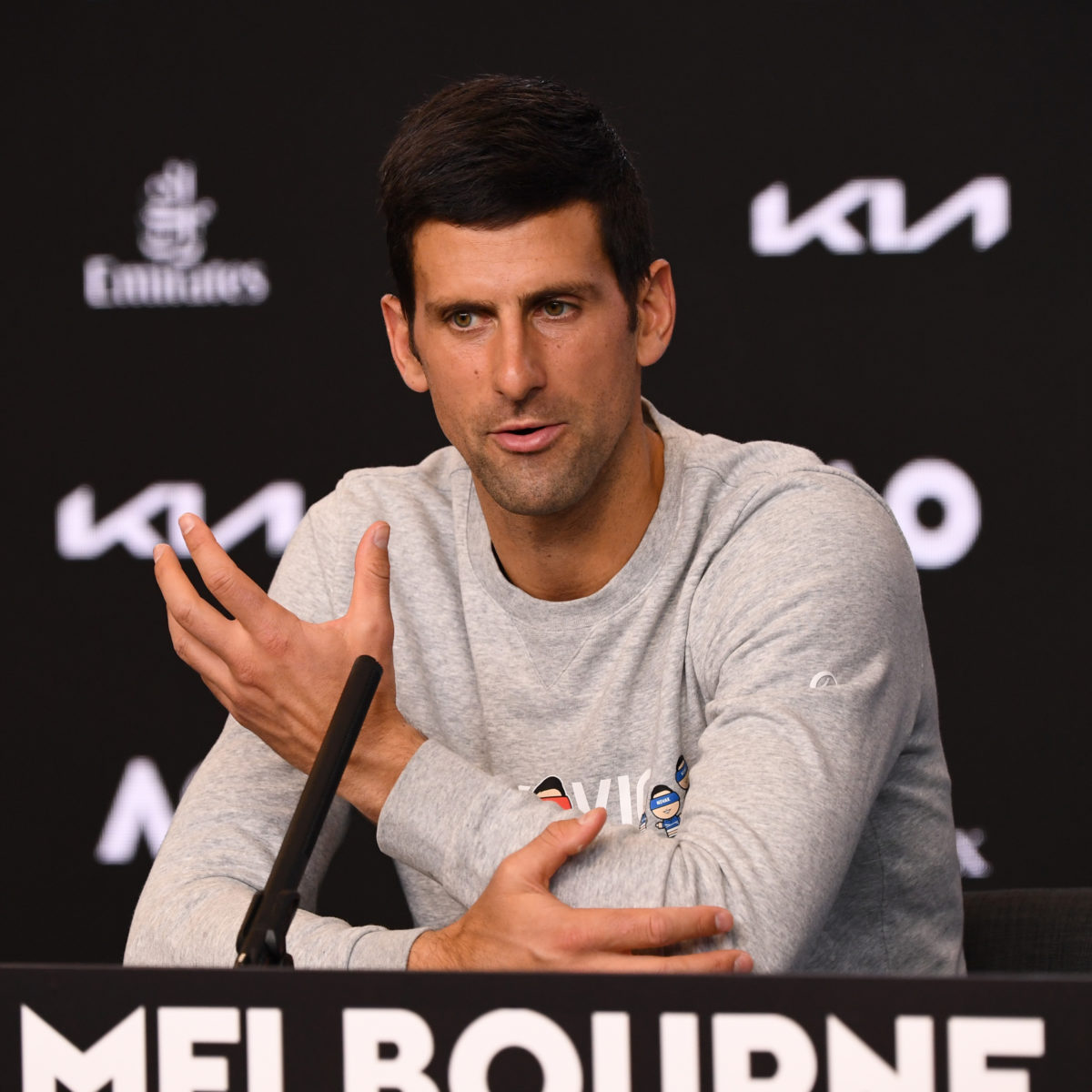 Novak Djokovic fears that once out of the relatively COVID-free environment of Australia, the ATP season could turn into a European nightmare.

The world No. 1 who until last year served as Player Council president, expressed doubts on Tour tennis life on Tuesday after defeating Alexander Zverev 6-7(6), 6-2, 6-4, 7-6(6) to reach the semi-finals of the Australian Open.

“The majority of players just don’t want to go ahead with the season if we are going to have to quarantine most of the tournaments,” he said.

The immediate tennis landscape in Europe, where the virus is still causing lockdowns and border complications will be difficult to negotiate for the sport amid the continuing pandemic even as vaccines are being rolled out.

Another concern is the March Miami Masters, set to be staged in a stadium parking lot on the COVID playground of south Florida where even masks remain optional and social distance is unheard-of..

“I want to understand what our continuation of the season post-Australia is going to look like,” the No. 1 said. “It will definitely not be good for players in terms of their well-being.”

The Open in Melbourne spent millions in corporate and government money to charter jets to bring competitors in from all over the world and then stuck them in a government-mandated 14-day quarantine.

Even with that kind of planning, a positive case later arose and the event is currently awaiting release from a five-day mini-lockdown this week after a few spare cases popped up in Melbourne well off the tennis track.

With European borders now a hodge-podge of ever-changing regulations, trying to run a tennis tour on the continent – plus the unpredictable chaos in non-EU Britain – could turn impossible to manage logistically..

“Here we are getting the prize money that we are usually getting.

“I think that’s one of the biggest reasons a lot of players accepted a quarantine.

“But that’s not going to be the case on the ATP events, there will also be huge prize money reductions.”

Djokovic even suggested an NBA-style “bubble” where three or four events are played in closed surroundings one after the other for a month in the same quarantined location.

“What we are experiencing here in Australia is far better than what most of Europe is going through in terms of restrictions and rules and regulations and quarantines, etcetera,” the Serb said.

“Once we start in Europe (April) some countries have better conditions maybe than in some other countries and you still are (limited) to just two support members.

“We are basically going to be in a bubble every tournament all year regardless where we are.”

Djokovic added: “I’ve been hearing there are some countries that don’t want to accept people coming from some specific countries due to virus strains and God knows what.

“I don’t know how we’re gonna handle that honestly. We have to address this very quickly, the season has already started.”