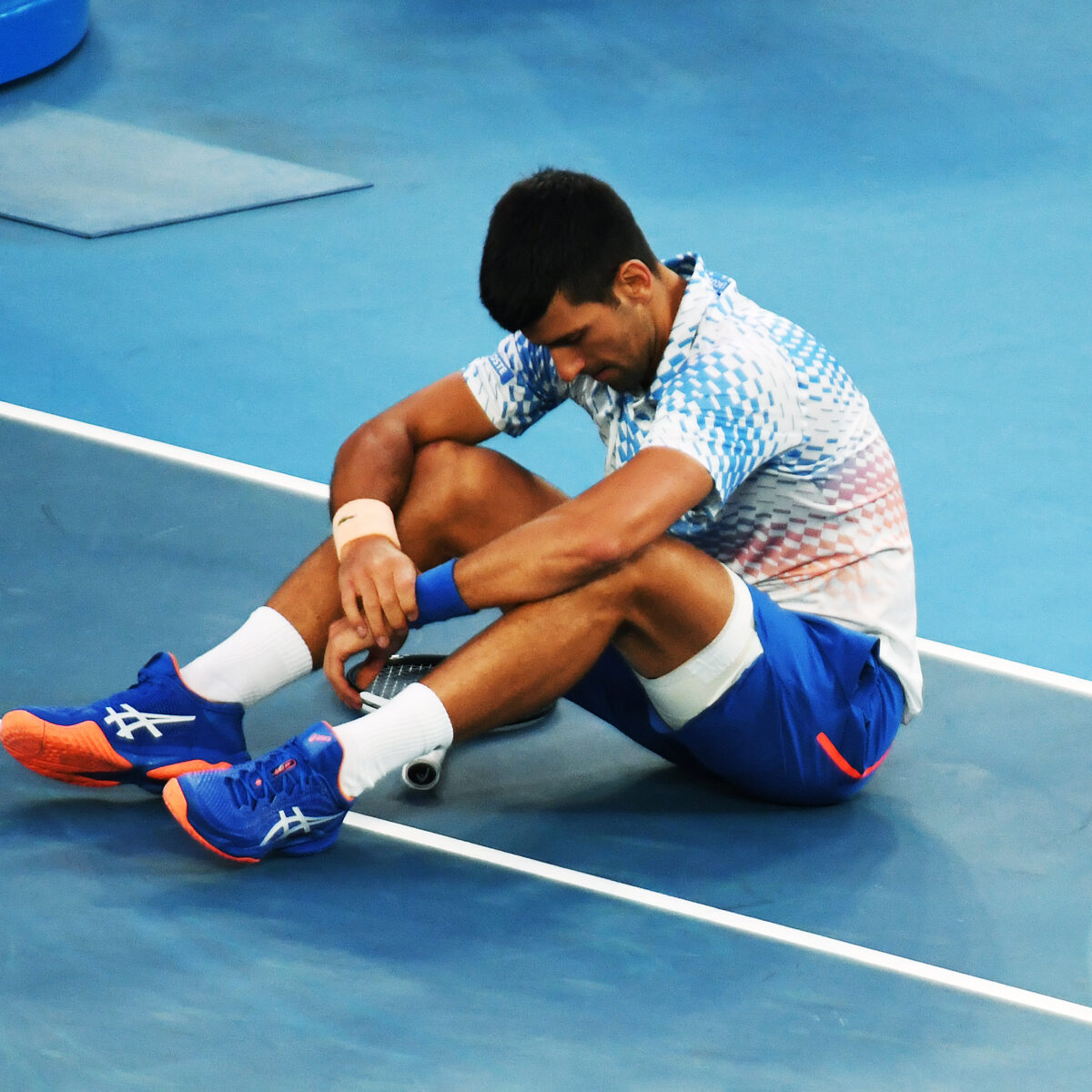 Novak Djokovic will battle his lingering right hamstring injury as well as an inspired Aussie opponent when he plays for the quarter-finals in Melbourne.

The next Australian Open challenge for the Serb who is chasing a 10th title here will be the dodgy fitness which has made his first three matches at Melbourne Park a spin of the wheel.

The fourth seed will take on Alex de Minaur in the fourth round, with the hyped-up local more than keen to cut the former world No. 1 down to size while dealing with an injury from this month’s Adelaide event which changes by the day.

“I did not want to pull out of the tournament because I wanted to see how it’s going to feel on the court,” the 35-year-old said.

“The first match was good, in the second I struggled a lot; I had a couple of moments where it was really bad – today (third round over Grigor Dimotrov) as well.

“But I managed to survive and kind of pull it through. I’ll take it match by match. I don’t know what awaits, but I do hope and I have faith for the best.”

Djokovic knows he will be up against it in his match against de Minaur, ranked 24th.

“It’s a big challenge playing an Aussie guy here in front of his home crowd.

I’m sure that the atmosphere will be electric, and he’s going to be pumped to try to win the match.

“But I’ve had experiences before. I played Lleyton Hewitt here, so I know how that feels.

“We don’t know much about each other’s games, but still we know each other pretty well. I’ve watched him play numerous times. I know how he plays.