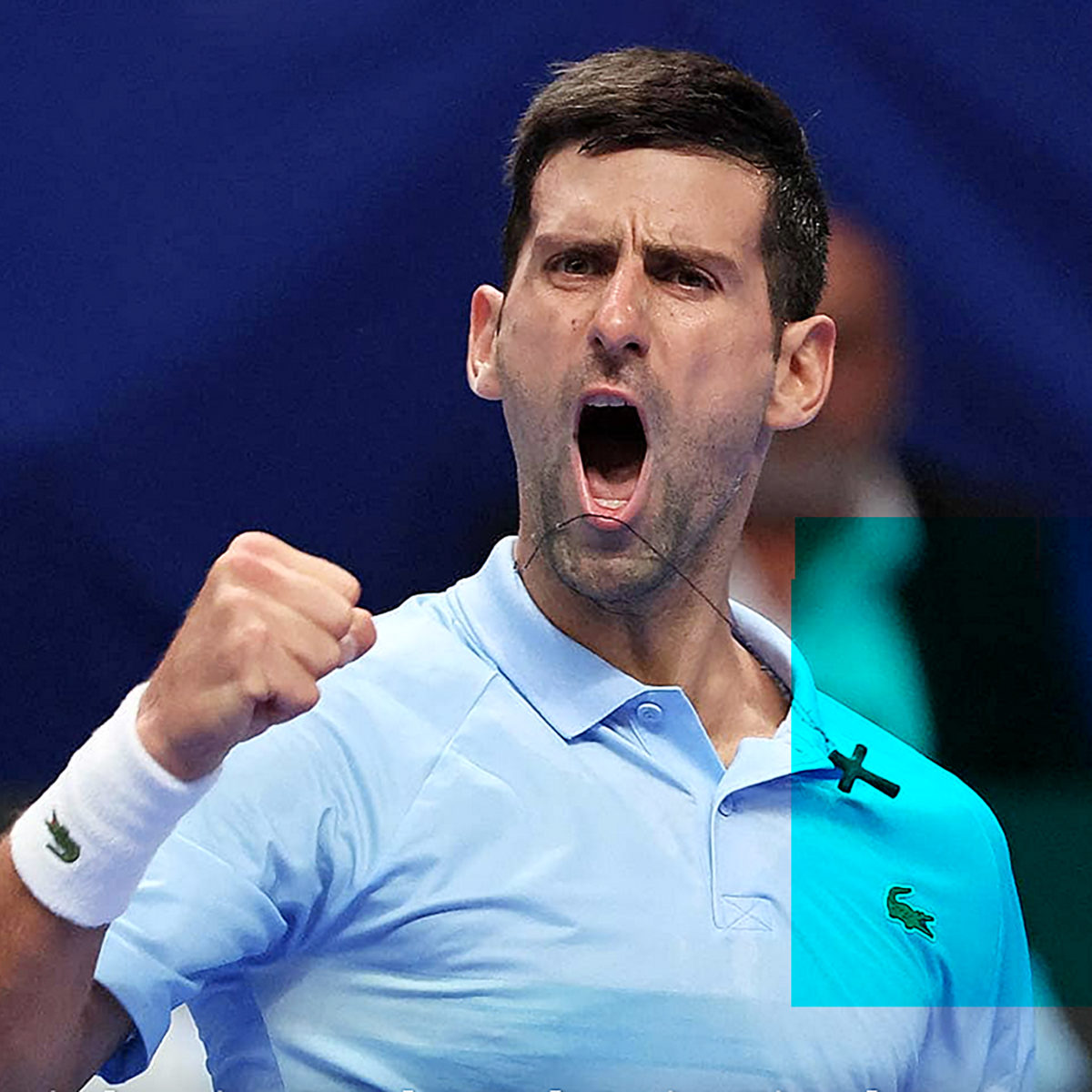 Novak Djokovic overcame a late niggle to reach the 127th final of his ATP career as he defeated Roman Safiullin 6-1, 7-6(3) in Tel Aviv.

The former No. 1 who now stands seventh, double-faulted as he served for victory against an opponent  a decade younger than his own 35.years, but recovered poise in the tiebreaker to escape into the Sunday final.

The event is being staged as a one-off on the calendar after the traditional China sweep of events was cancelled due to COVID restrictions.

Djokovic, who was banned from competing in Australia and North America this season due to his refusal to get jabbed for COVID, is venturing into minor 250-level tournaments for ranking points.

The Serb will next week make an unprecedented appearance in Kazakhstan nearly 4,500 kilometres from Europe at that Tour event..

Djokovic moved to his fourth final of the season in 96 minutes, with seven aces to eight from his opponent.

The top seed broke three times while losing serve once as he dominated in the opening set but was pushed in the second.

“It was a competitive match, especially in the second set,” the winner said. “There was a lot of tension on my side due to his aggressive style.

“He got big serves when he needed them and showed solid form.

“I knew I had to stay strong.”

Djokovic added: “When I served for the match I had a couple of loose points.

“I had to stay mentally composed and tough.

“You have to believe that you can make it. At this stage of the tournament, you expect tough matches,

“You have to challenge every shot – I’m pleased I overcame this challenge today.”