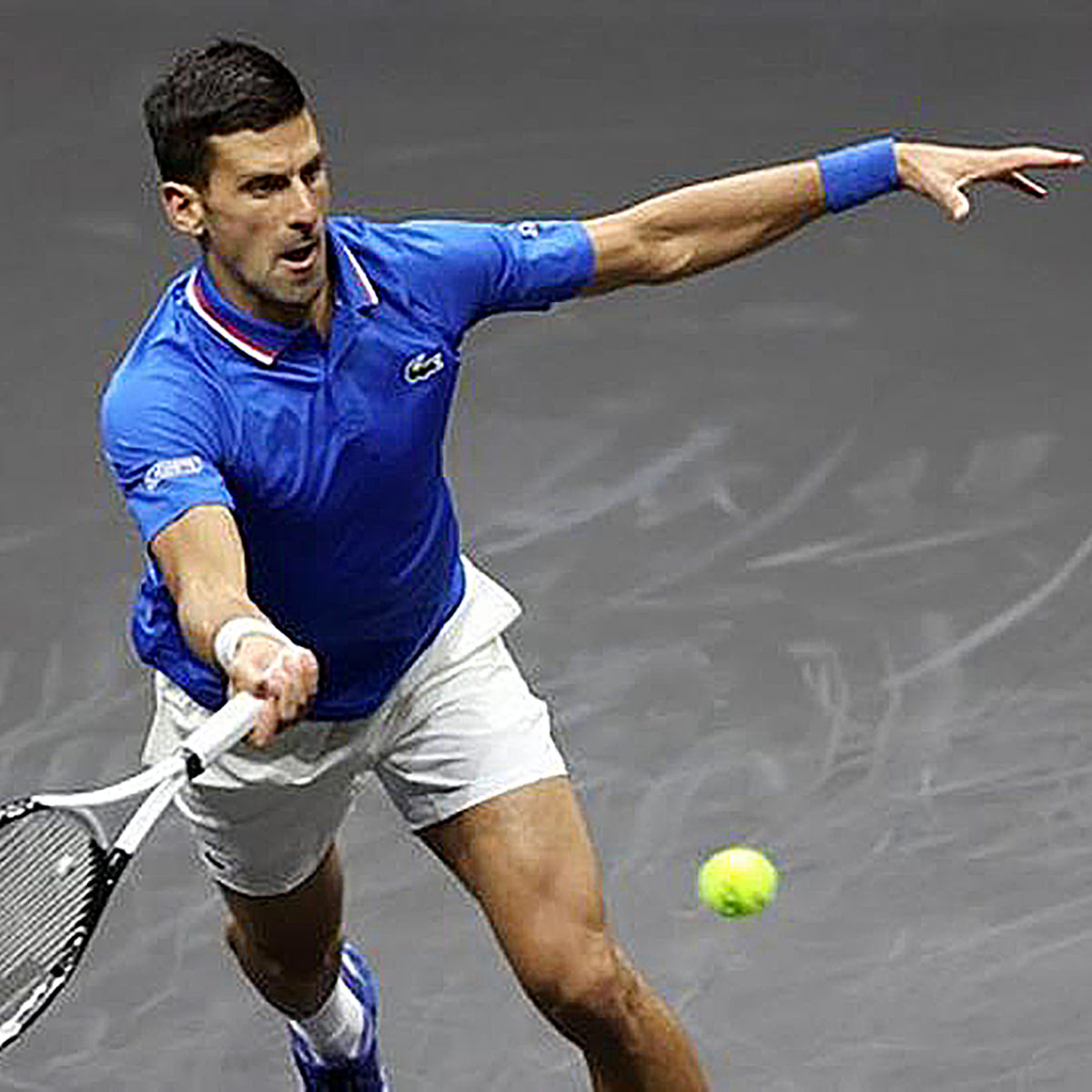 Novak Djokovic ended a four-year absence from the Laver Cup on Saturday with the Serb backing up a singles win with doubles success to send Europe into 8-4 command with one day to play.

The Serb who last competed in the Europe v World tournament in 2018, started his evening with a 6-1, 6-3 defeat of Frances Tiafoe, spending an hour and a quarter as he broke the American four times.

Djokovic then combined with Matteo Berrettini to post a 7-5, 6-2 doubles victory over Jack Sock and Australian Alex de Minaur.

Djokovic was still feeling the emotion from the retirement send-off less than 24 hours earlier of Roger Federer.

The former No. 1 and Italy’s 2021 Wimbledon finalist combined smoothly for a win in 83 minutes.

Sock snuffed an overhead into the set for a first match point to his opponents, but Europe needed a second chance to get the job done.

“It’s the first time with Matteo but hopefully not the last,” Djokovic said.

“I don’t play doubles so much, but it’s a completely different game with different tactics.

“You have to come up with a strategy that works for you and your partner.

“We both had perfect starts today (earlier singles wins). You couldn’t ask for a better start for Team Europe.”

The pair spoke Italian on court, the native tongue of Roman Berrettini and one of several in which Djokovic is fluent.

“I hope he didn’t understand my swearing,” the Italian said.

“It’s an honour to play on the same side of the court with Novak – a lot easier than facing him in singles.”