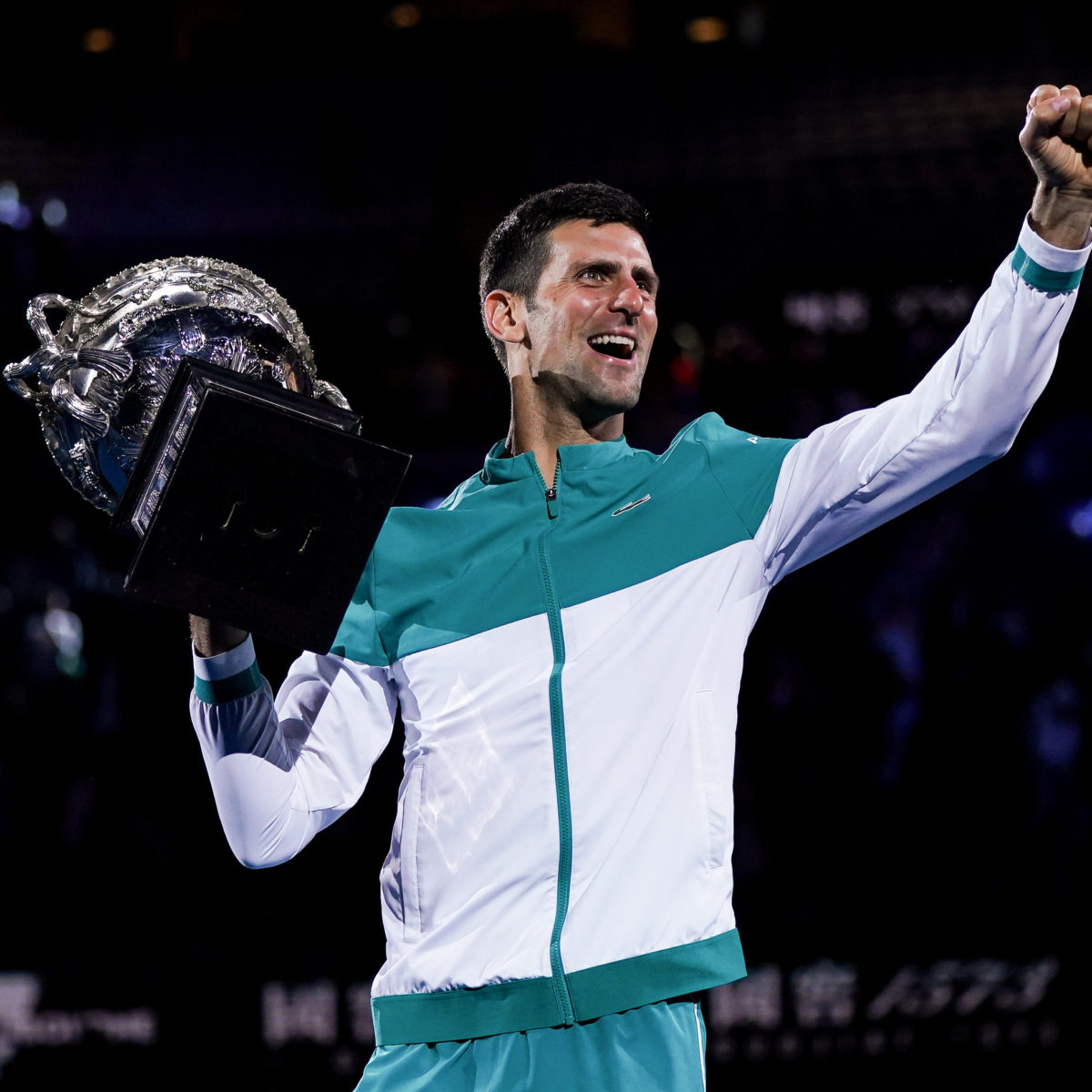 Novak Djokovic mowed down Russian Daniil Medvedev 7-5, 6-2, 6-2  on Sunday to claim his 18th Grand Slam singles trophy with half of them earned at the Australian Open.

The world No. 1 will stay firmly in the top spot after his dominant winning effort in less than two hours over a dangerous contender.

Medvedev, who lost his  second Grand Slam final after going down to Rafael Nadal at the 2019 US Open, takes over third from Monday..

The pair of occasional Monte Carlo practice partners exchanged compliments at the trophy ceremony in front of a loud but limited crowd at the Rod Laver arena due to COVID-19 restrictions.

“I like Daniil off the court, but on court he’s one of the toughest opponents I’ve ever faced,” Djokovic said.

“It’s only a matter of time before he wins a Grand Slam – but can you please wait a few years…?,: the 33-year-old added.

“His 20-match win streak (which ended with the final) was amazing,”

Djokovic who dramatically suggested nine days ago that what he described as an “abdominal tear” could force him to quit the event, was the picture of health in his straightforward victory performance.

“It’s been a roller-coaster for me the past few weeks, special thanks to my physio and my coaching team. I’m eternally grateful to you.”

He also made sure to thank “this court. I love you each year more and more,”

Medvedev, whose serve was broken seven times, shouldered his beatdown with good grace.

“It’s never easy to speak after losing a Grand Slam final,, but congrats to Novak. You 18 titles are amazing and I don’t think this will be your last one either… I have no words to say.

“It was not the best day for me but I’ve had a good last three months, especially considering the circumstances here in Australia.

“Many players were not that happy about quarantine, but I would not be here holding the runner-up trophy otherwise. Thanks for making it happen.

“I wanted to make the match longer and more entertaining – but today was not the day.”

Medvedev last lost a match in October in Vienna, winning titles in Paris, London and the ATP Cup played in Melbourne this month.