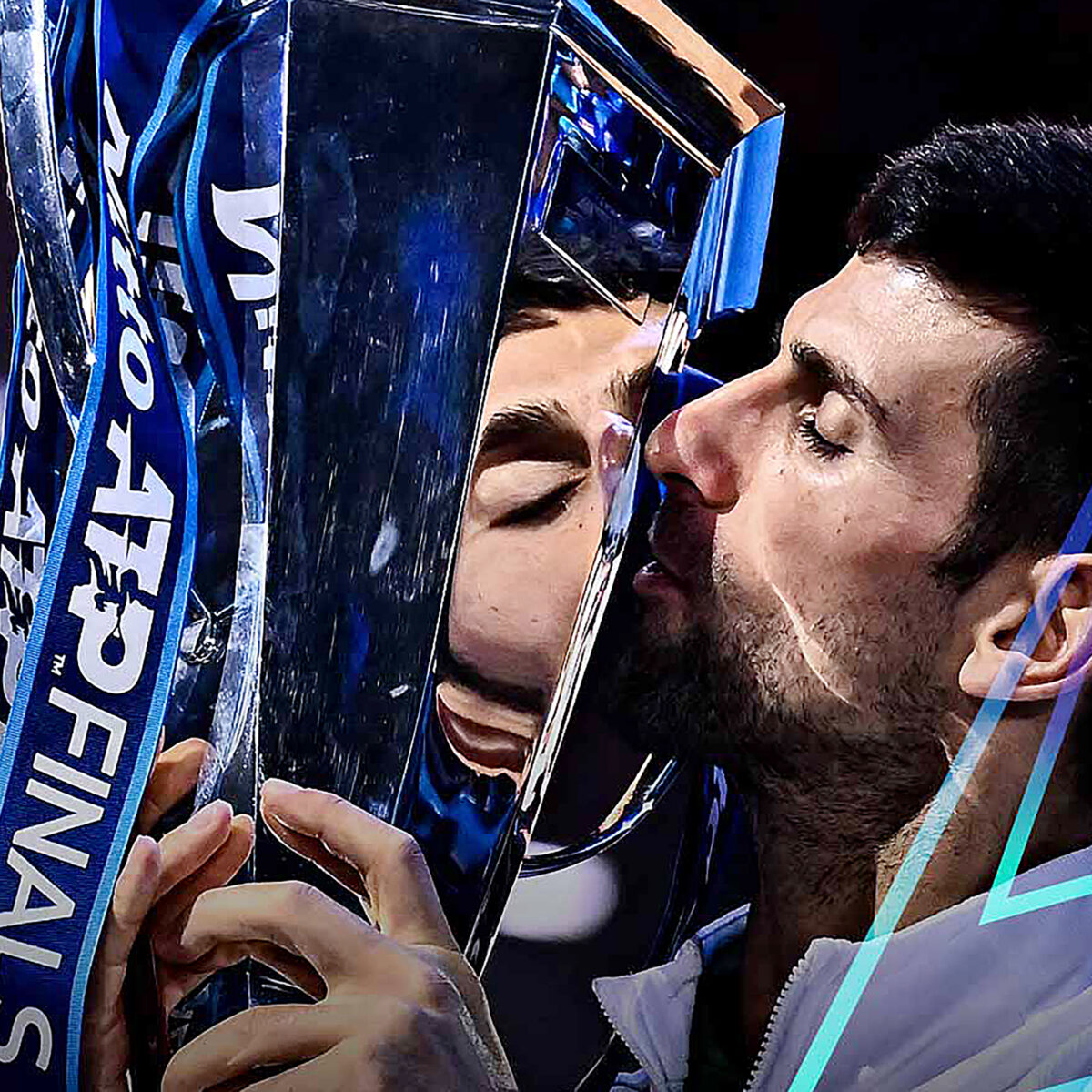 Novak Djokovic ended a stop-start season in triumph on Sunday as he beat Casper Ruud 7-5, 6-3 to win a sixth title at the ATP Finals.

The Serb who was deported from Australia and barred from playing the US open after refusing to ever get vaccinated for COVID, tied the all-time mark of Roger Federer at the year-ender.

Victory took 94 minutes over the Norwegian who played finals of two Grand Slams this season.

The 35-year-old winner struck nine aces and broke Ruud once per set while never facing a break point.

“”It is finals. Usually these kinds of matches are decided by very small margins,” the winner said. “One break of serve was enough in both sets.

“I knew Casper was playing really well coming into this match. We both served really well and I think in some decisive moments where I managed to put a few returns back in play.”

He added: “”I made him run, made him play. I was really pleased with the way I played.

“I was looking to be very aggressive and it worked great. I am really pleased with the performance.”

After missing the US Open, Djokovic has now won his last four events, lifting titles in Wimbledon, Tel Aviv, Astana and now Turin.

“In the last game when I was serving for it. I had nerves, but I am really grateful to be able to serve the match out,” Djokovic said.

“I had a big ace to close out. Seven years (his year-end title in 2015) has been a long time. The fact that I waited seven years makes this victory even sweeter and even bigger.”