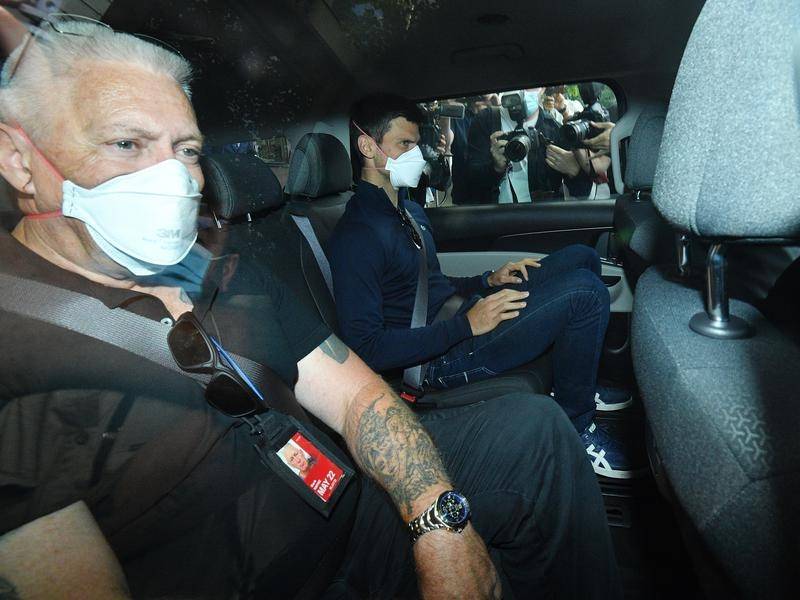 Novak Djokovic cold face a third visa cancellation and deportation order if he were to win his case currently before the Australian Federal Court.

Djokivic and his lawyers are fighting Immigration Minister Alex Hawke’s ruling under section 133c of the Immigration Act, which claims he is a danger to public health as he is unvaccinated and that his actions could foster anti-vaccination sentiment.

Bit it is believed should The Australian government lose the case they will return with another actin under section 109 of the act, which pertains to not giving correct information in a visa application.

Djokovic has already admitted he either lied or ‘made a mistake’ on his immigration arrival forms when he landed in Melbourne last week.

The world No. 1 said his agent made a mistake when filling out the application for a trip to Australia when he ticked the box that he had not previously travelled to other countries.

But Djokovic had to personally sign those documents an d it has since been discovered he travelled to Spain as well as not adhering to Covid rule when in Belgrade over Christmas.

“A visa may be revoked from a person who did not comply with what Articles 108 and 107 of this law require”, the law states.

In court on Sunday, his lawyer Nicholas Wood told the three Federal Court judges Mr Hawke’s decision was invalid because he only looked at the consequences of letting Djokovic stay in the country, and overlooked what would happen if he was deported.

Djokovic’s lawyers also argued that Mr Hawke did not have enough evidence to conclude that Djokovic was and is personally opposed to vaccination.

The government has stated there is ample evidence to support the claim Djokovic is against vaccination and his presence will stoke opposition to Covid vaccination.

Djokovic has watched the proceedings from his lawyers’ office in Melbourne after spending Saturday night at the immigration detention centre.