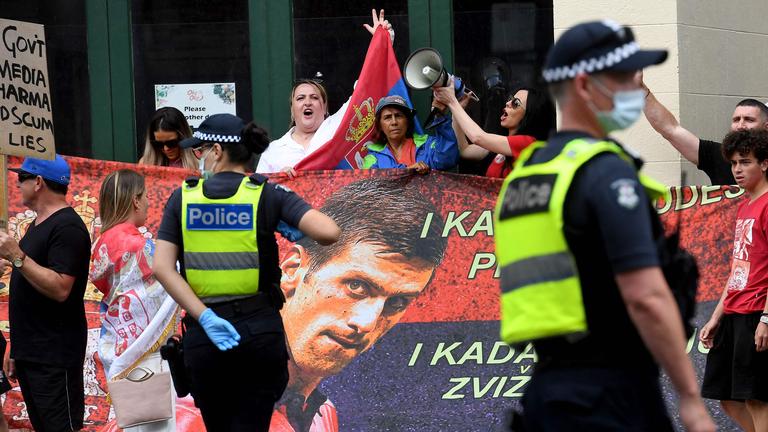 Novak Djokovic has angered Victorian residents by demanding a personal chef and access to a tennis court while being held in a Melbourne immigration hotel.

His demand were rejected by Australian Border Force and he was informed he would receive no special treatment while in custody.

The world No.1 also asked to be transferred to a rented apartment with a tennis court so he could train, but that was also denied.

Djokovic is being held at the $109-a-night Park Hotel in Melbourne along with 32 other asylum seekers.

Austtralia’s Home Affairs Minister Karen Andrews has reiterated her comments from Thursday that Djokovic can leave any time he wants to return to Dubai and is staying of his own will while lawyers contest the border ruling.

Meanwhile, a letter from Tennis Australia to players informing them unvaccinated players could get a medical exemption if they had previously had the Covid 19 virus in the past six months, has been leaked to media.

The letter totally contradicts another letter Tennis Australia received from government health officials in November informing them this was not a valid exemption.

To qualify, players were told to provide a Covid-positive PCR test dated after July 31 along with antibody tests proving natural immunity ‘if available’.

It is believed Djokovic travelled to Australia using this exemption.

The letter has put pressure on Tiley to prove what he was told and when, with growing calls for him to resign.