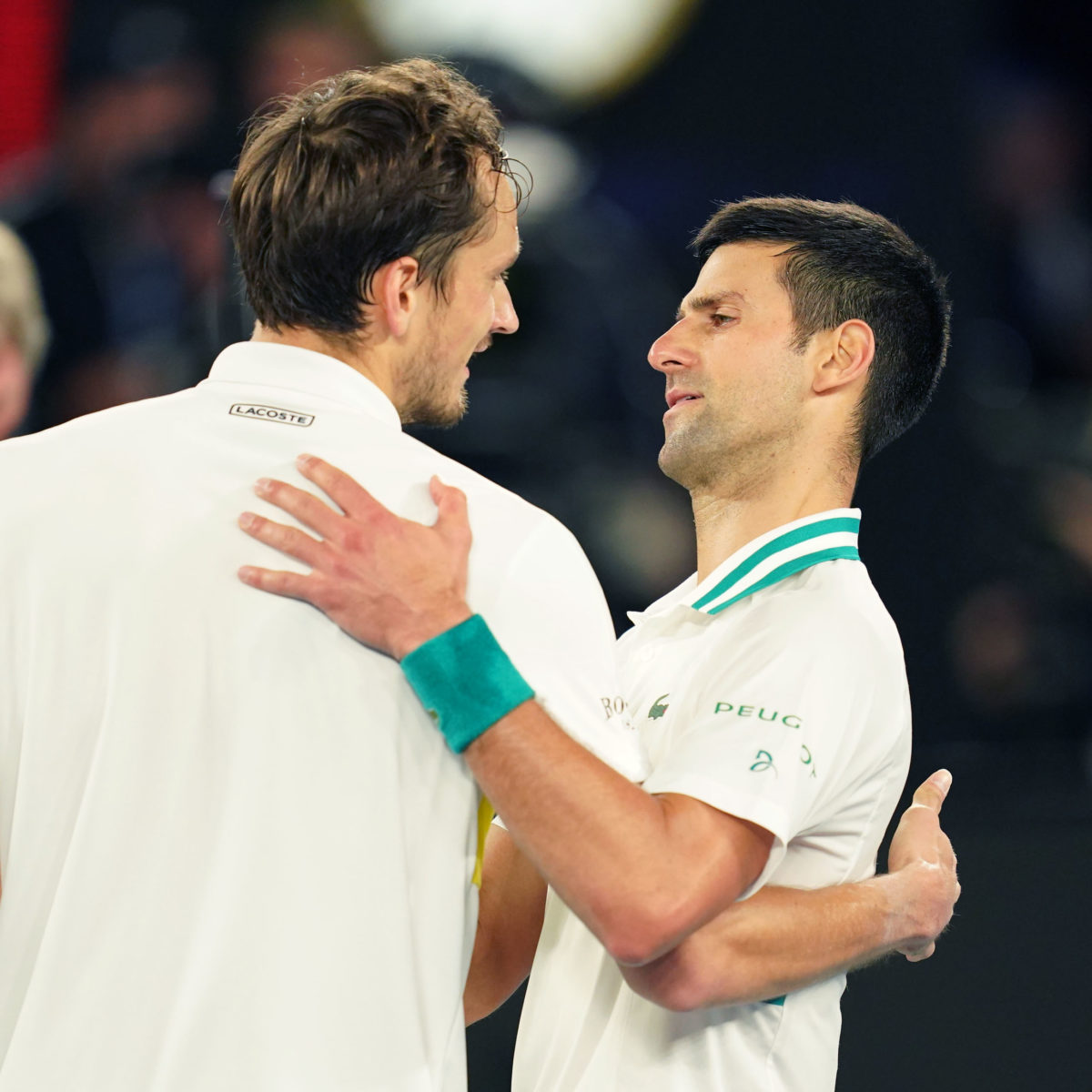 Change is coming in tennis with NextGen players claiming prestige titles – but Novak Djokovic has not found the desire to take much notice.

The world No. 1 who turns 34 later this month is back on court at a major event for the first time  in a month after an early Monte Carlo exit, hoping to pick it up on clay at the Rome Masters.

With recent Masters 1000 title wins by Alexander Zverev (Madrid) and Stefanos Tsitsipas (Monte Carlo) the Serb knows the young guns are starting to finally displace his golden generation of Roger Federer, Rafael Nadal and himself

But this week’s top seed and defending champion at the Foro Italico said on Monday he’s got other things on his mind.

“It’s inevitable that it’s (changing of the guard) gonna happen. The change on the top of the rankings is coming.

“Whether it happens in a month or a year or whatever, I’m not personally paying too much attention anymore to the rankings.

“(I’m concentrating on) to my game for the Grand Slams; these are the biggest focus tournaments at this stage of my career.”

Djokovic didn’t play the Miami Masters in March and avoided Madrid, spending time with his family and hiking up a mystical Serb mountain in his home country instead.

He hinted that other things are starting to replace tennis in his life.

“I’ve managed to achieve the milestone of the historic ranking No. 1, that was the focus up to recently. Now it’s more about really trying to peak at Grand Slams

Slams and make those count for my career,” said the winner of 18 majors.

He said it’s no secret that new names are starting to lift ATP trophies.

“Obviously these guys are playing every week more or less. There are guys like Tsitsipas, Zverev, (Matteo) Berrettini, (Andrey) Rublev that are winning against all of us, laying a lot and building their ranking points and challenging for the top spots..

“(Daniil) Medvedev as well,” he added, “and (US Open winner) Dominic Thiem of course has been there for many years.”

Main photo:- Novak Djokovic not ready to hand over to NextGens like Daniil Medvedev yet