Djokovic books his ticket for Tokyo 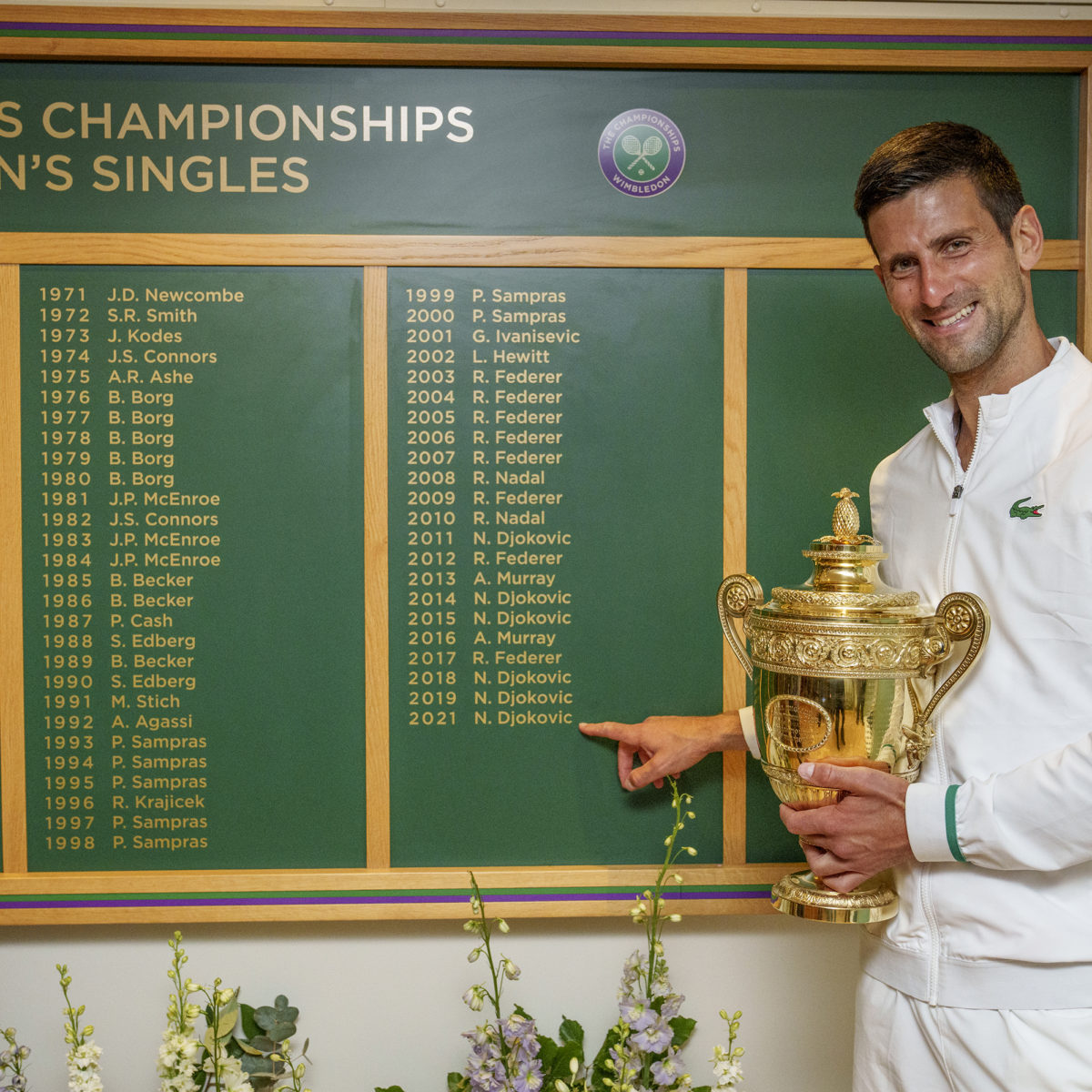 Novak Djokovic has buried any disappointment about the no-fan Olympics starting in a week, with the ATP No. 1 making his decision to head to the COVID-edition Games.

The move leaves the Serb in the running to possibly complete a “Golden Slam” comprising titles at all four majors in the same season as well as gold at the Olympics.

With the tournament getting underway soon, the only member of the Big 3 to make the trip advised fans that he’s ready to go less than a fortnight after winning a fifth Wimbledon title.

Roger Federer and Rafael Nadal are not going to the Games.

“I booked my flight for Tokyo and will proudly be joining #TeamSerbia for the Olympics,” Djokovic tweeted.

“With much pride I’m packing for Tokyo and joining our national team in the fight for the brightest medals at the Olympic arenas.

“For me playing for Serbia was always a special joy and motivation and I will give my best to make us all happy. Let’s go.”

Main photo:- Novak Djokovic points to his name on the Wimbledon scroll of Honour – courtesy AELTC by Tom Lovelock