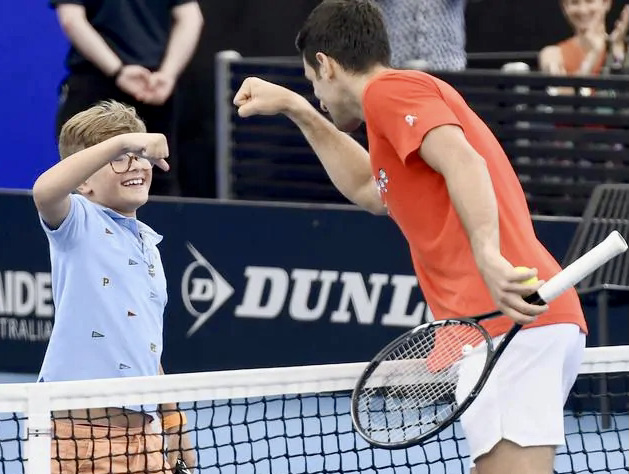 World No.1 Novak Djokovic caused a stir in Adelaide today by first withdrawing from his game against Jannick Sinner – then emerging to play the second set.

Countryman Filip Krajinovic replaced Djokovic, with his camp later reporting his absence was down to “multi-layered blisters” on his hands.

Then Djokovic emerged from the locker room take part in the second set of the match, indicating the injury was nothing serious.

“I’m sorry that I didn’t step on the court from the beginning. I had to do some treatment with my physio and I wasn’t feeling my best the last couple of days,” the defending Australian Open champion said after winning his set 6-3.

“Thank you so much for making our day and making our year. We didn’t play in front of this big a crowd in 12 months so this is something very special.”