Djokovic back as world No.2 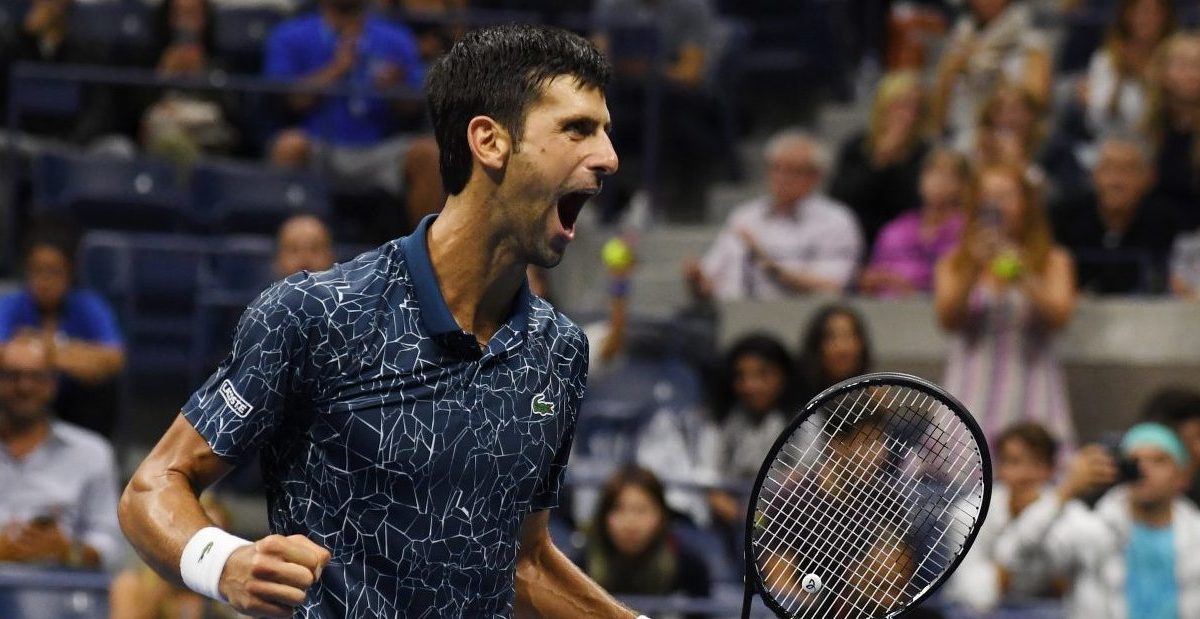 Novak Djokovic will return to second in the world behind Rafael Nadal after claiming the 32nd Masters 1000 title of his career, defeating Borna Coric 6-3, 6-4.

The Serb whose ranking crashed over the past several seasons due to injury and a likely lack of motivation after dominating the game, has now won four trophies in his last five finals – including repeat Grand Slam honours at both Wimbledon and the US Open. 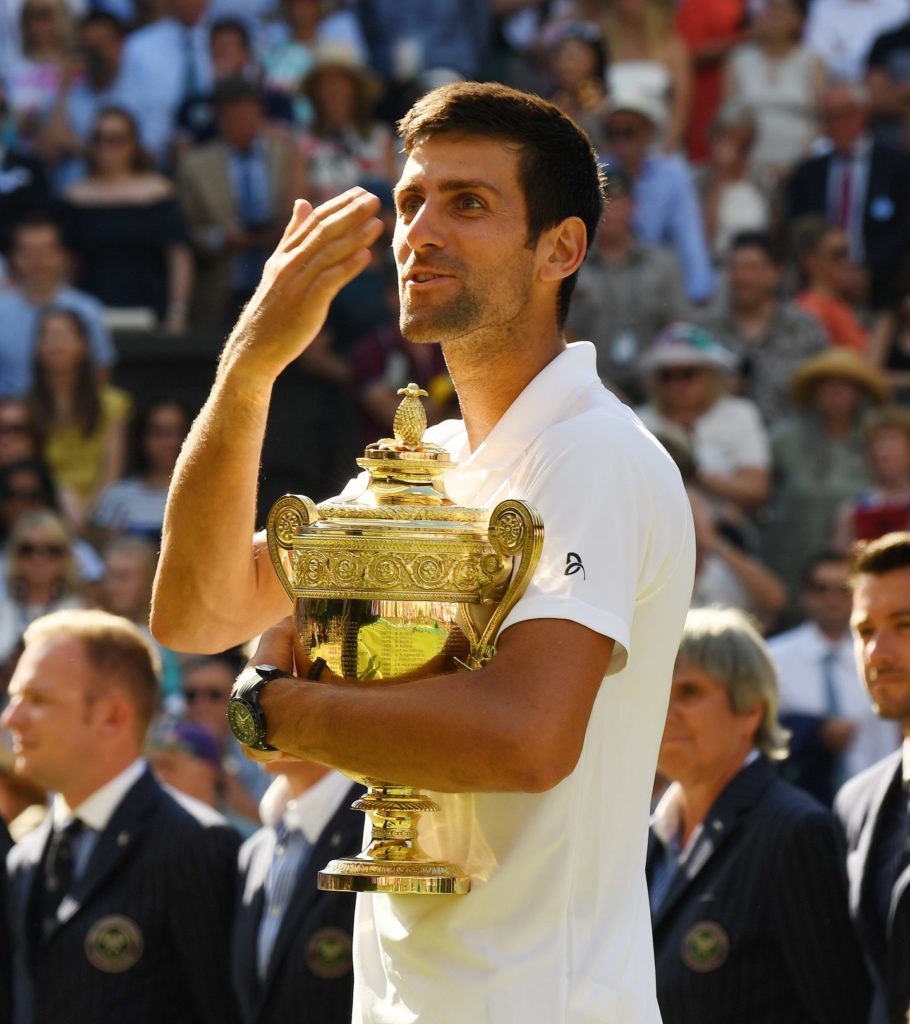 Djokovic also won Toronto in August; the 31-year-old owns four trophies in Shanghai and heads into the year-end ATP Finals as top favourite. He rolled through the week in China without dropping serve in 47 games.

With six titles in Beijing – where he has never lost a match – and now four in Shanghai, Djokovic is feeling a special connection to the vast nation.

“Maybe I was Chinese in the past life,” he joked. “I wouldn’t be surprised, to be honest, with the way I feel here and the way I communicate and have relationship with the people.”

“It’s all very, very positive, for more than ten years that I have been coming to China. There is something special about this place that makes me feel like at home.

“I arrived here early, it was key to three, four days of practice before I starting  the tournament. I prepared myself in the best possible way.”

Coric was competing in his first Masters final after knocking out top seed Roger Federer in the semis; the outsider saved three match points before finally folding after 96 minutes of battle. 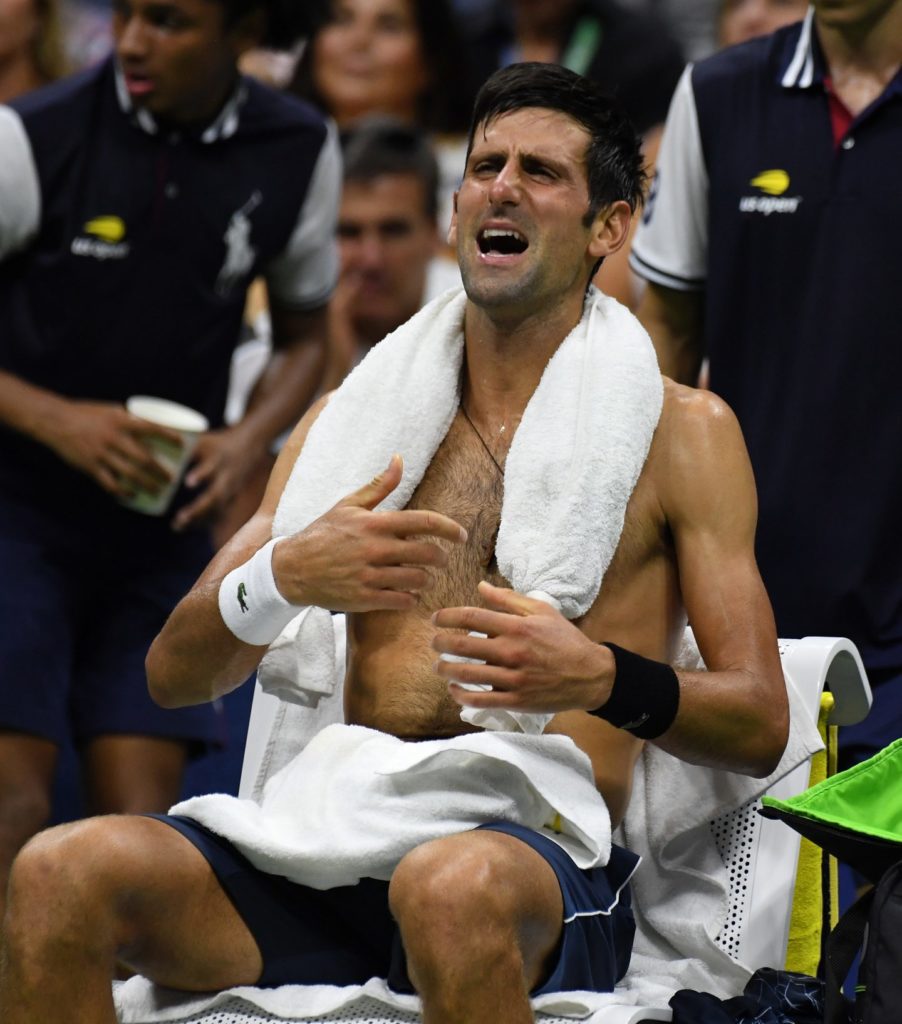 Dkokovic is keeping an eye on his ranking chances while not stressing over the possibility of surpassing Nadal in the coming final weeks of the season.

“We are very close, 50 points difference. I will consider playing the week before (either Basel of Vienna) Paris, and I’ll decide with the team probably in a couple of days.”

Djokovic remains the only player to win all nine Masters titles; his Chinese success sent him past Federer i the ATP table while Coric will break the top 15 for the firt time in his career.

“I’m just happy with the whole week, it was a really good one for me,” Coric said. “I’m going to fly out after my first final at a 1000 event.

“It’s awesome. I need to look from the positive sides, and I need to take only positives from this week.”

“The match it was really tough. I didn’t know what to do exactly. I knew I needed to start playing better. I need to change something, I know I need to do something different.”

Coric added: “He was the much better player on the court; I was really happy how I played – but I couldn’t have played much better today.”

The 18-year-old was playing in her first career WTA final in only her 11th career appearance in the WTA tournament main draw.

Yastremska is the sixth teenager to advance to a WTA final in 2018 and the second to win a title. Serbian teen Olga Danilovic won the Moscow River Cup earlier in the year.

Prior to arriving in Hong Kong, Yastermska held a 3-10 record in WTA-level matches this season. Her best previous result was reaching the 2017 Istanbul quarterfinals.

It was the 16th-ranked Garcia’s first title since she won back-to-back trophies at the Wuhan and Beijing tournaments in Asia just more than a year ago.

The Frenchwoman’s two titles at the end of last season earned her a spot into the year-end WTA Finals in Singapore.

This year, the victory in Tianjin isn’t enough to put Garcia into a second consecutive year-end final appearance.

Pliskova’s failure to take the title on Sunday also kept her from confirming a berth in the WTA Finals.

In eighth place in the race to Singapore, the Czech will have to wait out the results from next week’s tournaments in Luxembourg and Moscow to see if she qualifies for one of the three remaining spots.